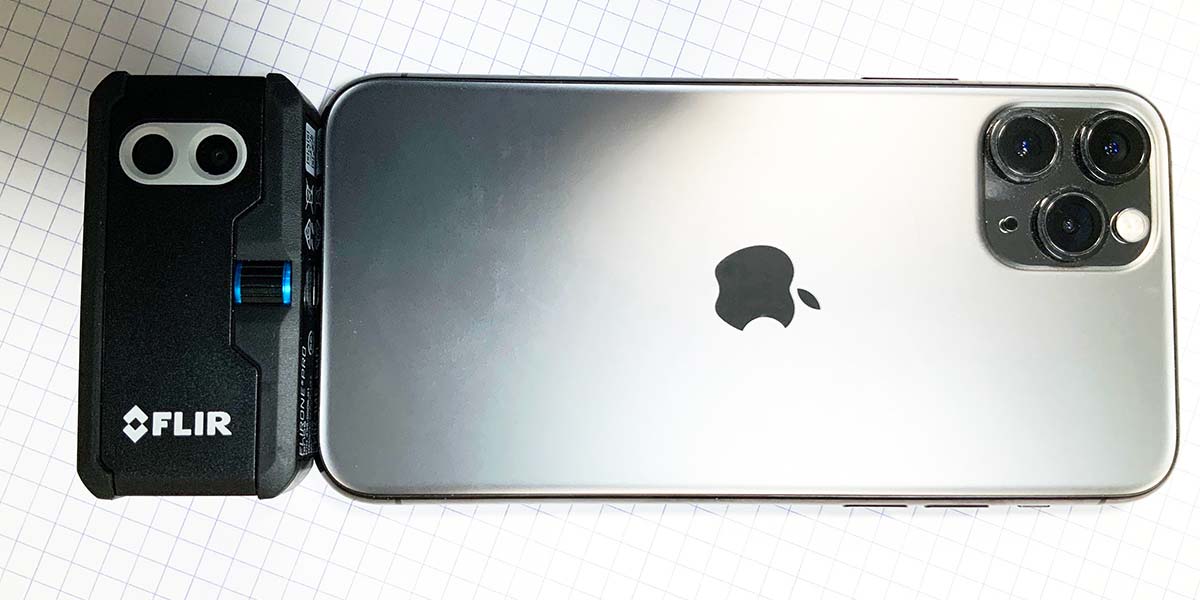 Real time color infrared imaging has come a long way in terms of availability and affordability. If you’re serious about circuit design and diagnosis, then consider adding one of the new portable color IR cameras or imagers to your toolbox.

My first experience with IR imaging of electronic circuits involved a modified Nikon 35 mm SLR camera, a special IR filter in front of the lens, and rolls of 35 mm film that had to be stored in dry ice before and after exposure. The camera modification involved replacing the stock optical filter in front of the CCD with one that passed IR.

Although many of the images of failing, dead, and overheated circuit components were fantastic, the process of taking pictures, transporting the exposed film under dry ice, and developing the 35 mm slides limited the practical use of the technology.

Looking back, say, 10 years, it was possible to buy handheld real time IR imagers with thermal mapping from Fluke. I say possible because one of these fantastic instruments used by firefighters, engineers, and very well-off experimentalists cost around $10K. These bright yellow handheld IR imagers remained a “one day I’ll” aspirational purchase out of my price range.

Fast-forward to today, when “there’s an app for that” is a universal mantra. If you own an iOS or Android smartphone with a camera attachment and a bit of software, you can transform your phone to a real time IR imager.

After considerable shopping around, I purchased the FLIR One Pro for iOS ($350, Amazon; see lead photo). I passed up the FLIR One add-on module for half the price because of the extended temperature range of the Pro.

Okay. So, they’re affordable. Now, what can you do with an IR imager? Well, for the electronics enthusiast, there are numerous design and diagnostic applications. In short, an IR imager is useful whenever visualizing temperatures, and temperature differences can aid in understanding a circuit.

Think sizing a heatsink from your junk box of unknown heatsinks. Or of identifying a failing component (either abnormally hot or cold). Or of optimizing the setting of your solder rework station. Or of guarding against overcharging your lithium batteries. Or of searching for a survivor with a robot equipped with a smart phone and IR attachment.

For example, take a close look at Photos 2 and 3, taken a few seconds apart with the FLIR One Pro and the native iPhone camera. 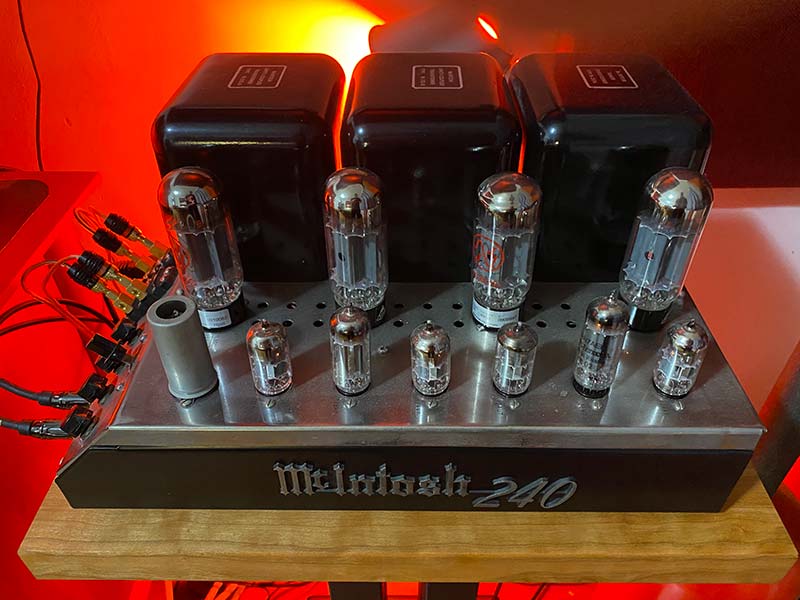 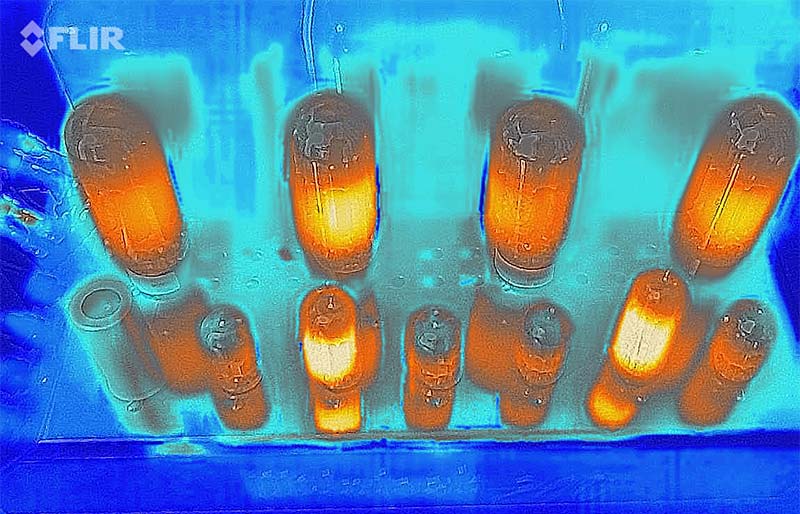 Everything on the McIntosh 240 amplifier looks normal in the daylight photo. However, looking at the four large power tubes under IR, two tubes are running hotter — that is, the plates are brighter and of a lighter color — than the other two power tubes. I installed matched output tubes about a year ago and never gave it a second thought — until now. After I finish this article, I’m going to check the grid bias setting on each of the output tubes.

If you need a list of additional applications for an IR imager before you spend $200 or more for a unit, consider:

I’m happy with my FLIR One Pro, but you should consider other options before you buy. For example, I considered several stand-alone FLIR cameras from $350-$1,200. I also considered — and almost purchased — IR imagers from Seek, including an entry-level imager for IOS and Android smartphones starting at a very attractive $205 (Amazon).

I was also tempted by the professional models from Fluke, with stand-alone models starting at $450. By the time you read this, you’ll no doubt have several more options from these and other vendors vying for your dollar.  SV