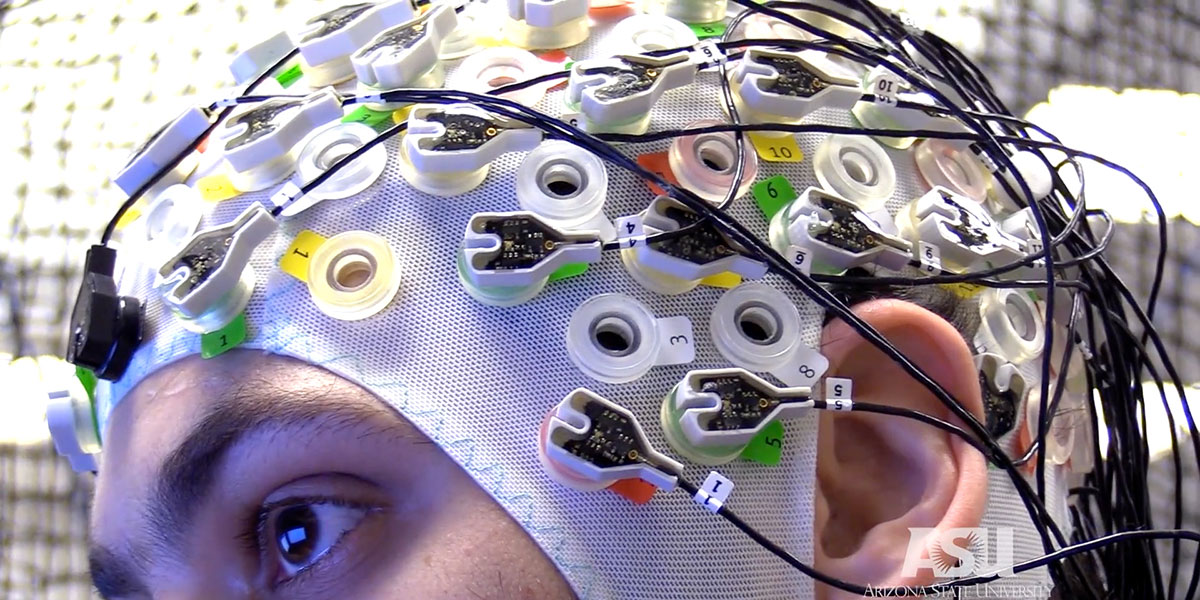 Most of us find it challenging enough just to operate a single drone using a joystick controller. However, Panagiotis Artemiadis, director of Arizona State’s Human-Oriented Robotics and Control Lab (horc.engineering.asu.edu), is convinced that it is feasible to control multiple drones simultaneously, and use only brain waves. As it happens, Prof. Artemiadis has been working with neural interfaces with robot hands and arms since 2009.

This led to the development of a 128-electrode skull cap that an operator wears. The cap records brain activity and translates it into commands for up to four robots; in this case, quadcopters. To make them move, the controller watches on a monitor while he thinks and pictures the drones performing various tasks, in that manner directing their swarm behavior. There are, of course, drawbacks.

The controllers must stay focused, and stress and fatigue can interfere with the process. In addition, the system has to be calibrated to each individual operator, and calibration has to be repeated daily because brain signals vary from day to day. Artemiadis plans to expand his research to include multiple operators controlling multiple robots, perhaps even in complex operations like search-and-rescue missions.