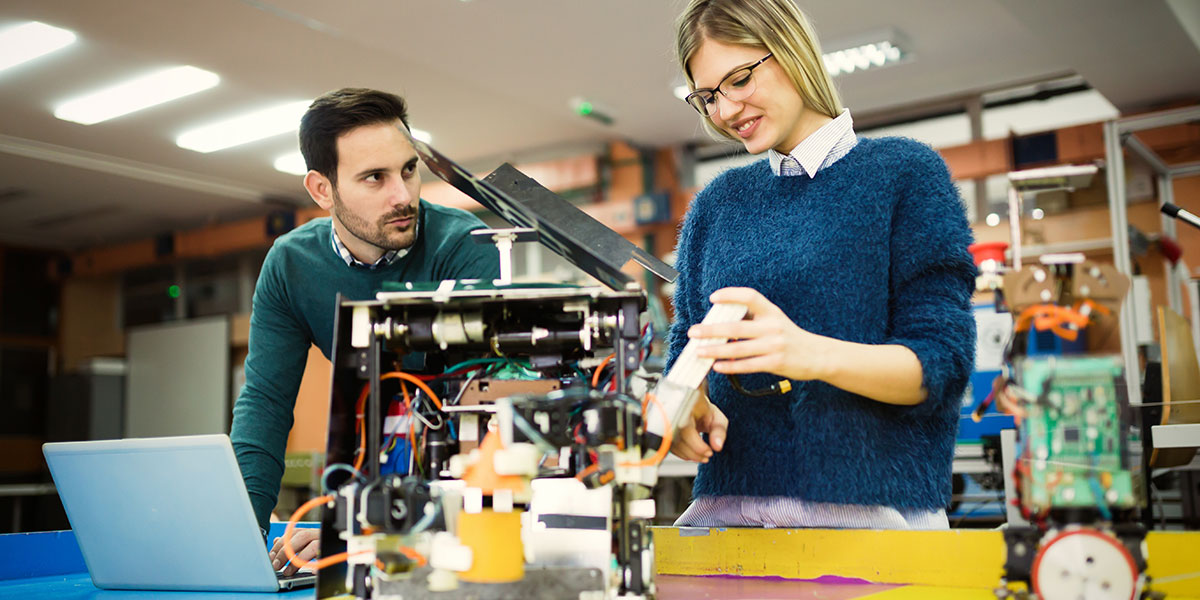 The innovators who are responsible for propelling robotics to the next level fall into one of two camps: robotic engineers or robotic experimentalists. Robotic engineers leverage the scientific methods learned in academia to design, build, and use robots and robotic systems. That’s a tall order for a single innovator, given that robotic engineering requires fluency in all of the engineering domains — from software and electrical, to mechanical and often biomedical engineering. On the other hand, robotic experimentalists leverage hands-on practical experience in designing and developing next-generation robotics.

In my experience, a shop with both experimentalists and engineers is optimally positioned not only to make the major breakthroughs, but to simply get things done. For example, I’m fortunate to work with a robotics lab staffed by both engineers and experimentalists. Recently, in one robot design requiring an onboard reservoir of water-based liquid, the question was posed whether internal waterproof casing and cables were required, should some of the liquid spill internally. The downside of such a provision — added weight, size, and cost — was significant, but so was the cost of replacing a robot.

The question to answer was whether a leak would cause problems with exposed microcontroller boards. If so, then waterproof plastic enclosures would have to be developed for the boards. The engineers in the group discussed — for hours — methods of determining the resistivity of the fluid, from examining the ingredients to using various testing devices. One of the experimentalists in the group simply took a microcontroller board, dunked it in a container of the fluid for a few seconds, wiped it down, and then applied power. Question answered. There was no immediate issue, but over several days some of the connector pins started to oxidize. So, we went with modest waterproofing of the boards and connectors, and inserted a fluid alarm in the body cavity of the robot.

Sure, the direct experimental approach cost a board, but it also answered questions not raised by the engineering group such as what were the effects of rosin and other deposits on the circuit board on conductivity — in the way that water is an insulator until it picks up salt from the environment.

In another instance, the group was debating the best battery chemistry to use with the robot. Because we didn’t have the batteries on hand, the discussion was based on published specifications for various battery packs. The engineers quickly calculated maximum discharge and charging rates for given ambient temperatures, and decided on the most appropriate battery chemistry: a new variant of Lithium-Ion. We have yet to test the batteries on real world circuits — a task for the experimentalists.

The intuitive grasp of robotics developed by the experimentalists turns out to be optimum when there is product in hand to work with. The engineers are best at applying mathematics to product specifications and then ordering only what they know will work.

Clearly, both the hands-on intuitive perspective and skill set of the experimentalist and the reasoned methodical analysis of the engineer are needed to solve different types of design and development challenges. Although rare, it’s possible for one person to develop skill sets in both camps through formal education and lots of hands-on work. If you’re passionate about robotics, I challenge you to become one of these hybrid super developer/inventors.  SV