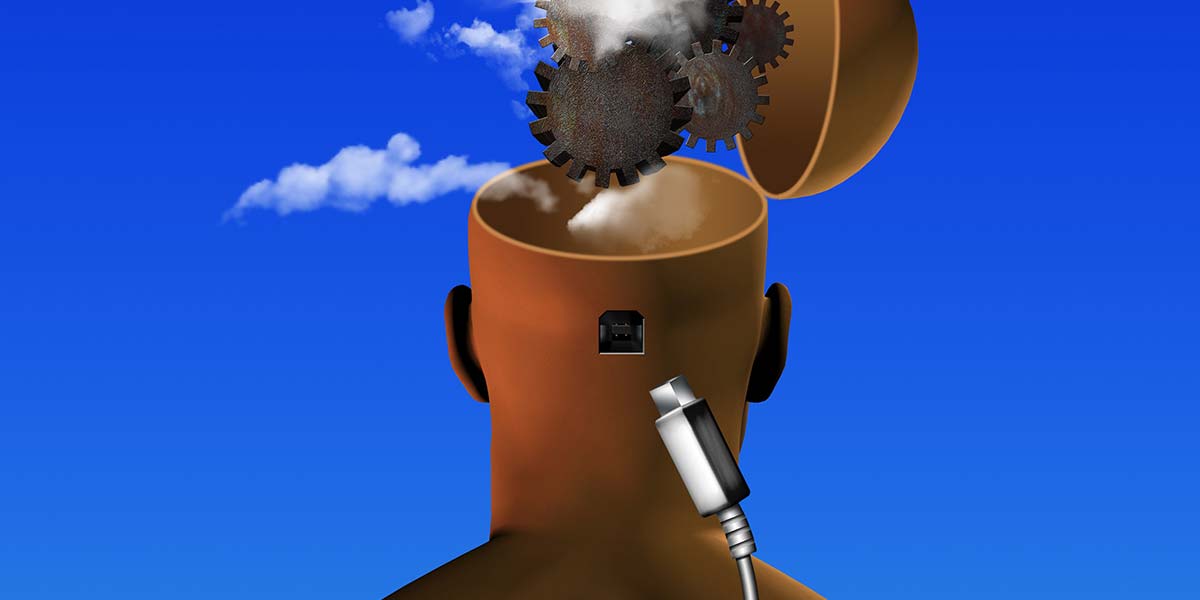 Ready to Upload Your Consciousness to a Computer? Really?

If you believe the hype about singularity, quantum computing, and our increased understanding of human neurophysiology, some of us will be able to afford uploading our consciousness to a computer by mid-century. The details of these predictions are, of course, fuzzy at best.

For example, uploading a consciousness — whatever that is — to just any computer is insufficient. After all, who wants to wake up, trapped in a supercomputer in the basement of the NSA? Clearly, the consciousness would have to be uploaded to a computer within or connected to a robot with sensors and effectors.

More importantly, every reference I’ve read or heard describes the upload of consciousness as complete, pure, and unadulterated. You wouldn’t want to wake up in the shell of a robot with partial or distorted memories of what happened during your biological life, would you? As I see it, the selective and modified transfer of consciousness are the primary drivers for any form of resurrection.

Although I can’t wrap my head around transferring my consciousness to a computer, I can appreciate the value of uploading a subset of my memories to one or more computers. This would be akin to passing 23 of my 46 genes on to my children. And, just as I’d want to address shortcomings in my biological children through gene editing, I’d want to modify any memories transferred to a computer. Why relive the memories of abuse, lack of a parent, the death of a pet, or other stressful event?

Although every memory and event in life helps define who we are as individuals, I waste mental energy repressing quite a few memories I could do without.

Then, there’s the concept of rebirth as a “lesser” being, say, a robotic insect, bird, or dog. I’d be the first to volunteer to transfer a copy of my consciousness to a robotic dog, akin to a future generation of the General Dynamics robot dog, Spot, destined to explore the surface of Mars or Europa.

If you’re into pushing the evolution of humanity, you might elect to be resurrected as a super-intelligent, strong, tall, and anthropomorphically correct robot. In my case, someone would have to edit the consciousness transfer to change my self-image and abilities in each of these areas.

Ignoring the challenges of replicating human genius in computer hardware for the moment, the consciousness transfer would need to be padded with false memories of complex problem solving.

Then, there’s the issue of height. Someone who identifies as an average height adult might not cope in a child-sized robot.

So, who or what group should be responsible for consciousness editing? Should it be a professional such as the cutter character in The Final Cut starring Robin Williams? Or, should the editor follow the medical genetics model and have years of clinical training?

At this point, I don’t know, in part because there are just too many unknowns. That said, as you build your battlebot or drone, it’s fun to look ahead at where robotics technology will be in 20+ years. After all, the work you put in today will become the future of robotics.  SV