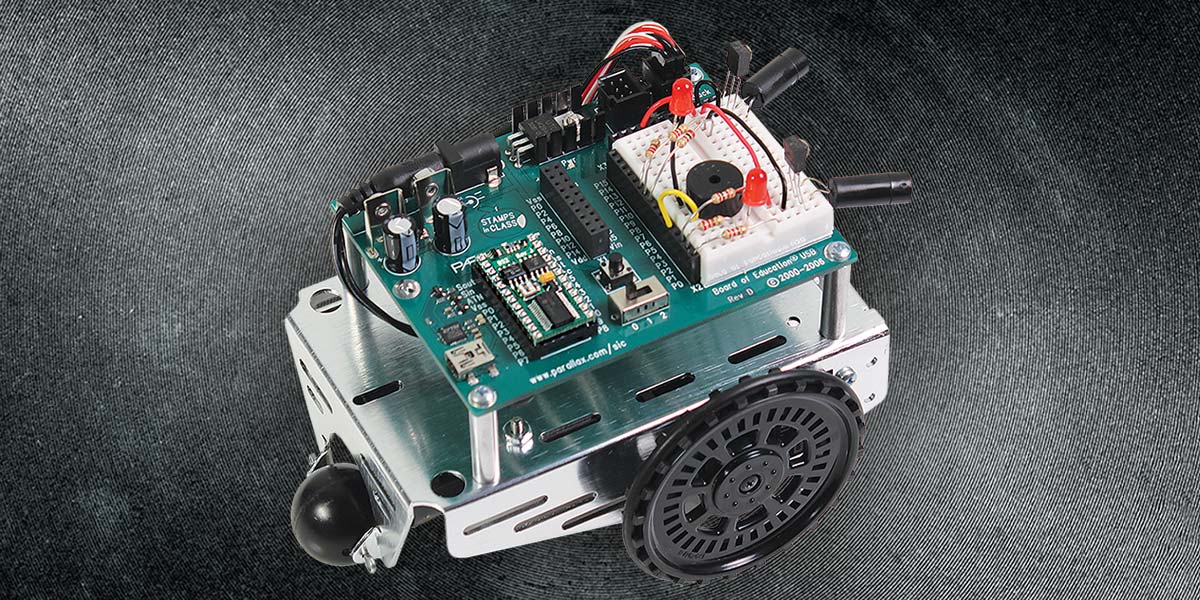 The pioneers in robotics faced and overcame numerous challenges. For example, if they wanted to develop, say, a new navigation algorithm, they had to first build a hardware platform. They couldn’t simply go online and decide between dozens of off-the-shelf flying, swimming, crawling, and walking robotics platforms.

Today, the issues are affordability, functionality, popularity, and support — largely in that order. Sometimes this isn’t the best order of consideration, however.

I’ve gone through my share of commercial platforms including various forms of the Parallax BoeBot, a six legged crawler and arm from CrustCrawler, at least two roamers from a now-defunct company, arms from Trossen Robotics and Lynxmotion, and flying platforms from Parallax, DIYDrones, and a few offshore companies. Some have been great time savers, and a few have been time sinks.

The two carpet roamers (from a company I can’t recall) were time sinks because, well, the company is defunct. That means no technical support, no spare parts, and no user community. It’s hard to avoid this sort of endgame unless you know something about the company.

The issues of affordability and functionality are easily quantified. Twenty minutes on the Web will reveal the best price, and user reviews are great for assessing functionality. The Web is also a great tool for assessing the popularity of a platform. Look for articles and postings on YouTube to give you an indication of whether you’re considering a dinosaur or a hot platform.

The one area in which I’ve stumbled lately is support. In these cost-cutting times, it’s common to offload support to a user forum. Sometimes these are fantastic responsive resources. Other times, it’s a pool of questions with no answers. Plus, it’s difficult to determine the level of support until you have a specific problem. I’ve found this most commonly associated with open source software.

For example, I’m working on a robotics book and needed a platform to illustrate some robotics principles. I identified two vendors of popular platforms and purchased the platform with the best specifications and apparently the greatest popularity among experimenters. Unfortunately, the software was open source and not supported by the hardware vendor. I wasted days trolling through the forums looking for an answer to an interface question without luck. The forum leader was away on vacation or grad school, or both apparently.

In the end, I ordered the somewhat dated hardware platform with a commercial software library, and was up and running in minutes. There was a professionally edited and indexed user manual online and other support that you’d expect for a commercial product. I had to give up the bleeding edge hardware, but it wouldn’t have been fair to readers to feature a cool looking but inoperative robot.

Bottom line is that you have to do your homework on the quality of support available when you’re considering a commercial robotics platform. If you have lots of free time and enjoy debugging hardware and software, then support may not be an issue. You’ll probably become a super-user, providing much needed advice on the user forums. However, if you’re looking for a platform as a means to your real interest in robotics, then make certain support is right up there with the technical specifications when you’re making a purchase decision.  SV

To Build or Buy?

Robot platforms have come a long way in the last 10-15 years, with dozens available commercially. Do you build your own or experiment with a store bought model? Which ones have you used and which is your platform of choice?

Join the conversation in the comments.