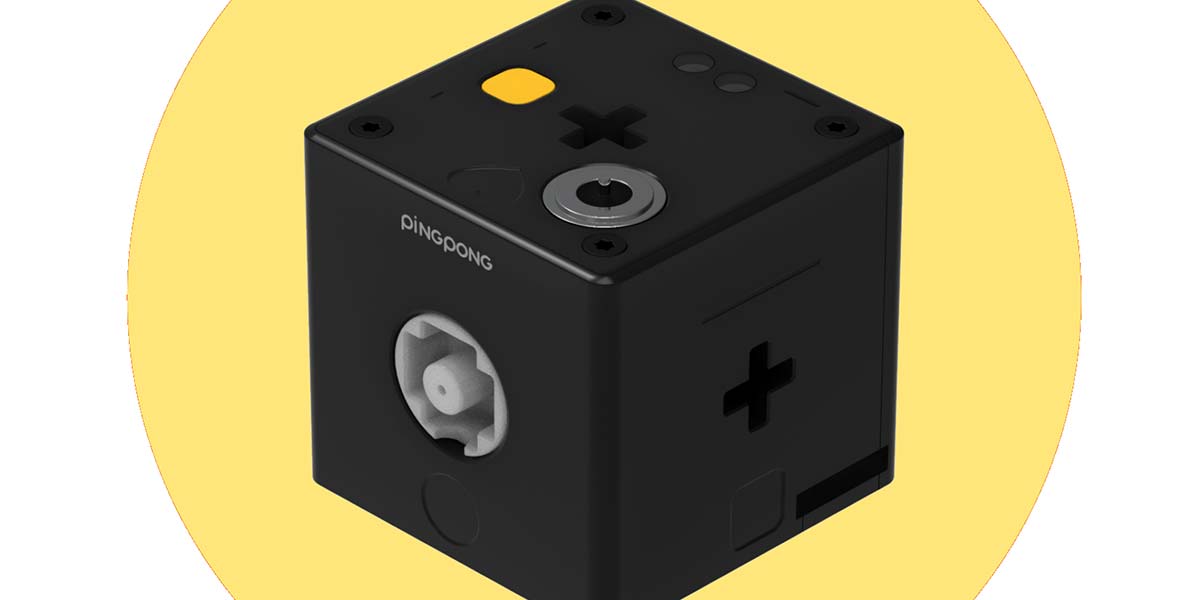 In January of this year, CES was a jungle full of new gadgets, all competing to catch the eye of attendees. However, I quickly found that one of the highlights was some unassuming cubes scattered across the table of a simple booth in the Artificial Intelligence & Robotics Marketplace.

The PingPong modular robotic cube — an Innovation Award Honoree at CES 2020 — has a stepper motor, battery, various sensors, and Bluetooth Low Energy. Built around this cube, RoboRisen presents a solid foundation for makers to build and tinker with their own robot designs while still being able to get up and running quickly and easily.

Assembly diagram of a couple of robots.

Five of the cube’s sides have a cross-shaped hole for attaching to other cubes or plastic “links.” The sixth side has a motor with another press-fit connector.

To charge the cube, a magnetic charging cable is included. More than one cube can be connected together via their male and female power connectors to charge them sequentially.

The different kits are G2, G3, G4, G6, and EDU. The number following the G denotes the number of cubes included; the EDU kit comes with two cubes. The size and complexity of the possible robots increases with the more cubes you use.

To make a robot, the included plastic pieces (links) are used to press-fit cubes to one another or to accessories like wheels or a pen holder for a drawing bot. 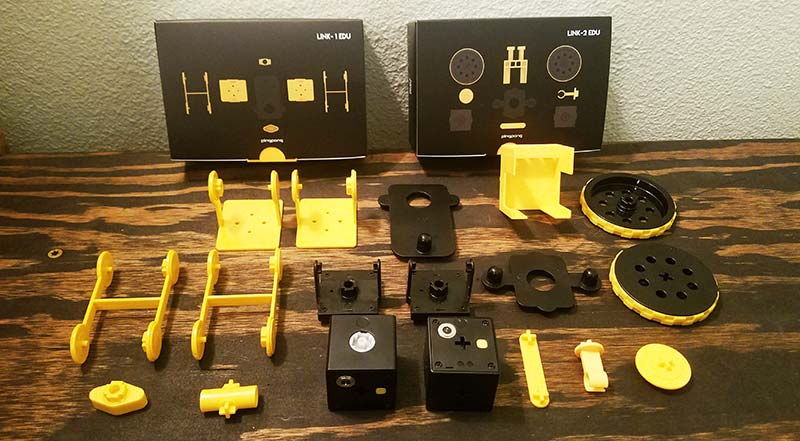 Once assembled, the cubes can be paired to a phone to control the robot. 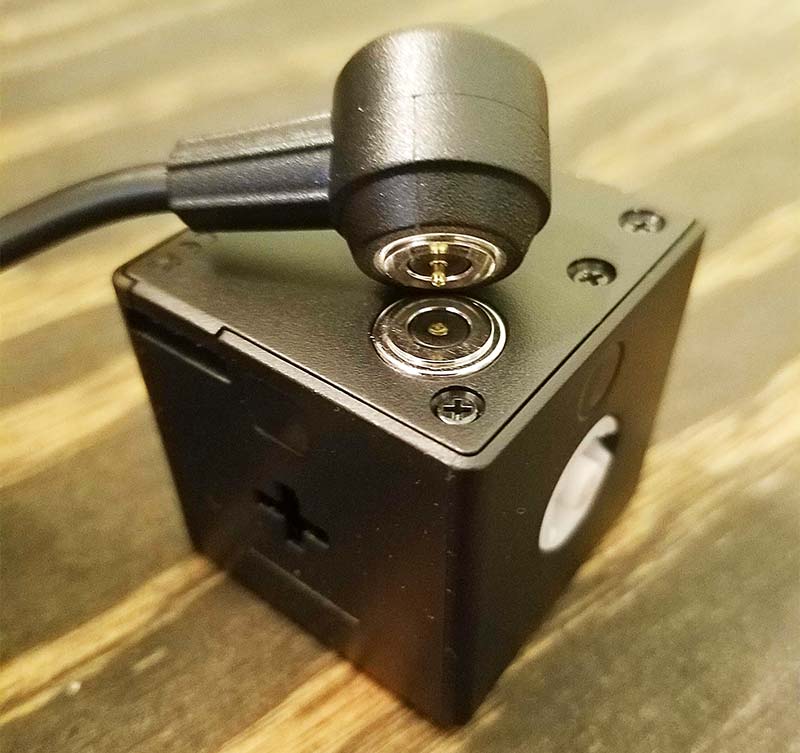 Connecting the cube to Scratch allows for the creation of individualized programs and use of the onboard sensors. Scratch is a block-based programming language that is targeted towards beginners with a simple-to-use visual interface.

A Windows 10 computer with a compatible Bluetooth LE adapter or PingPong’s USB dongle can be used to pair to the cube for programming and controlling.

Scratch is well documented and there are plenty of tutorials on how to get started creating programs. 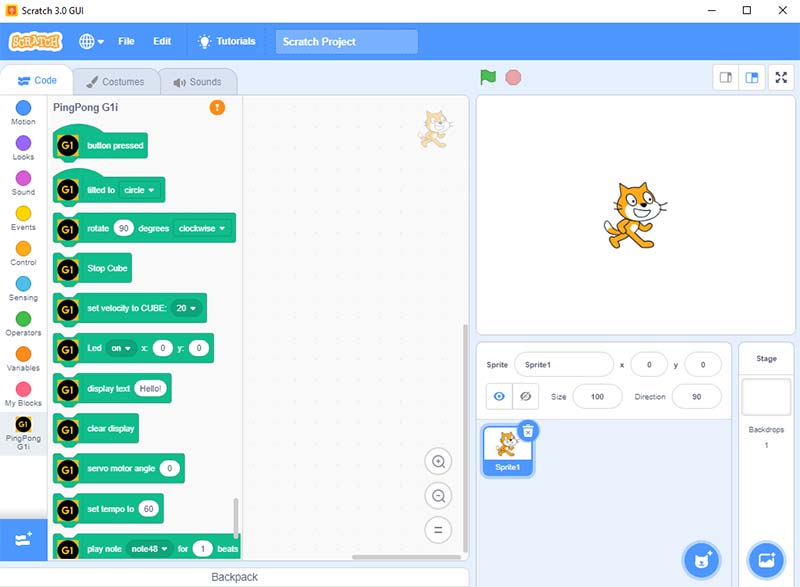 Python Java and C can also be used to control the cubes, which opens up a huge range of possibilities. RoboRisen already has a Python library available and plans to make one for Java and C.

Each cube has four pins for connecting additional sensors. The cube is compatible with the 36 sensors included in many Arduino type kits. RoboRisen plans to make a set that will be adapted to fit the form factor of the cubes.

I had the opportunity to work with an EDU kit with a total of four cubes.

From my experience, the construction of the cube is solid and overall a well thought-out design. The boxes that the cubes arrive in are sturdy and have a magnetic flap, making it easy to re-use as a carrying or storage case for the cubes.

A nice touch is that the plastic body is held together by screws; this makes it easy to open up and explore the inside components without damaging the cube.

When the cubes are attached together (forming a robot) it feels firm, but the press-fit parts leave a reasonable amount of play at the rigid joints. The magnetic charge connectors may be a helpful feature for some users, but personally, I thought it was a little concerning how easy it was to short-circuit the terminals.

That being said, it would be safe to assume there is some layer of protection against this built in. 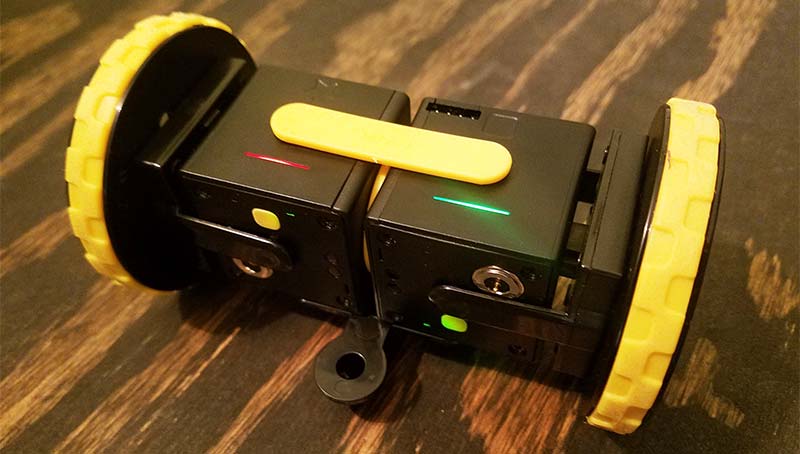 There’s a single button for power and mode selection; the engineers did such a good job of making it flush and discrete that it would make sense if they added a couple more that could be integrated into user programs or to make mode selection/pairing easier.

The process of pairing to a cube is similar to other Bluetooth devices. I found the app’s pairing process and user interface to be a bit clunky, but they are still developing the app and making it more user-friendly.

It’s worth mentioning that jumper leads can be connected to the four-pin expansion header quite easily. This is nice as it will make experimenting with your own outside peripherals easier.

If you happen to break a link while assembling or disassembling a robot, don’t worry! A couple of types are available from their website to 3D print yourself. Also available in STL format is a model of the cube which can help makers design their own links or add-ons. 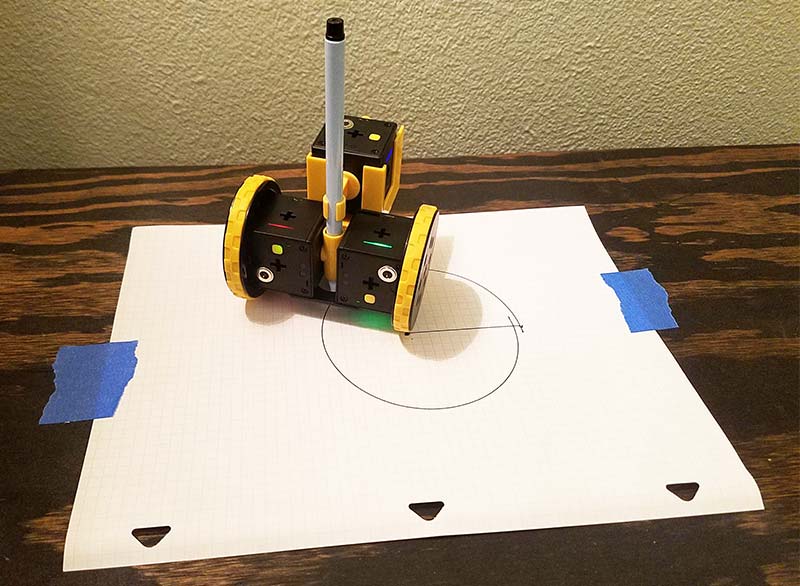 The PingPong robot will be available for purchase from www.robotshop.com in June and the MSRP for a single cube is $57. Considering the features available, ease of use, and well-engineered form factor, it seems like a reasonable price range.

However, if you wish to make robots requiring two, three, or four cubes, the price could quickly become a limiting factor for a maker on a tight budget.

The PingPong platform looks like it will be very interesting for makers of all skill levels. The app and robot designs will help anyone get their first few projects running quickly. Plus, Scratch enables more proficient users to take full advantage of features on the device.

Python, Java, and C compatibility lets power users harness the cube’s full potential and apply it to projects yet to be imagined. It will be a unique product for makers and educators alike.

Although it targets the same audience as other do-it-yourself robotics kits, the PingPong Cube stands out as being self-contained and ready to run out of the box without losing the possibility to do so much more.  SV