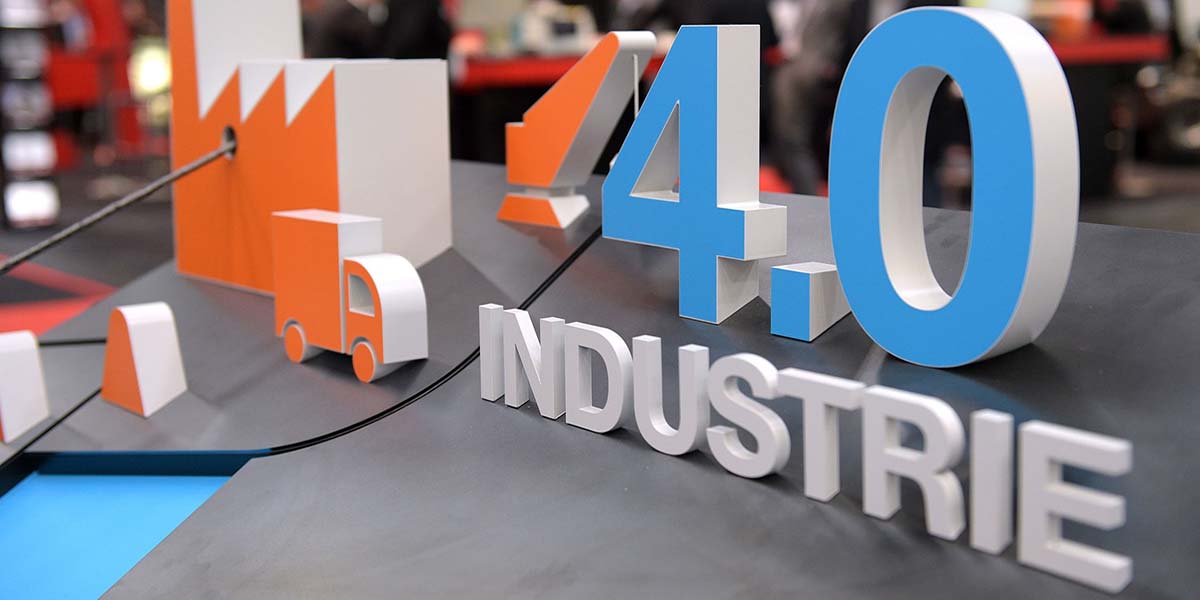 Machinery automation could be compared to the human body. Our eyes are the sensors that monitor operations. Our hands are the actuation to manoeuvre things around us. Finally, our brains are the process control, providing intelligence and managing processes.

Traditionally, machines in industrial environments could only provide actuation, but not anymore. As we enter the era of Industry 4.0, Nigel Smith, CEO of TM Robotics (www.tmrobotics.co.uk), dispels some common misconceptions about implementing smart manufacturing.

Industry 4.0, the Industrial Internet of Things (IIoT), or digitization — whatever phrase you use to describe this technological shift in manufacturing — there is no denying its existence. According to the results of the Annual Manufacturing Report 2017, 85 percent of manufacturers are already making the move to Industry 4.0 or are planning to make the transition soon.

Humans have spent several thousand years reducing their need to take on physical labor by investing in tools and machinery. In automation terms, this mechanical muscle became an integral part of automotive manufacturing when six-axis robots became a standard addition to assembly lines in the 1960s. However, today’s automaton goes beyond physical actuation.

The threat of intellectually smart machines can often portray a depressing outlook for the job security of those working on manufacturing lines — and in many other industries for that matter. According to a report by PwC, around a third of UK jobs will be affected by automation and robotics by the year 2030. However, the deployment of smart technology is certainly not the end of humans in the manufacturing and engineering realm.

Consider smart factory software as an example. Modern applications will often encompass a distributed control system (DCS) with supervisory control and data acquisition (SCADA). This software can automate manufacturing processes, while collecting production data from the factory. Data could include information from the supply chain, productivity statistics, predictive analytics, and energy consumption data.

Naturally, implementing this software reduces the need for human intervention during operations, but humans remain the decisive factor. There is no advantage to collecting production data without plans to act on it. Manufacturers want software that can collect data in real time and — more importantly — visualize this information in an intelligible format to enable employees to make informed decisions. 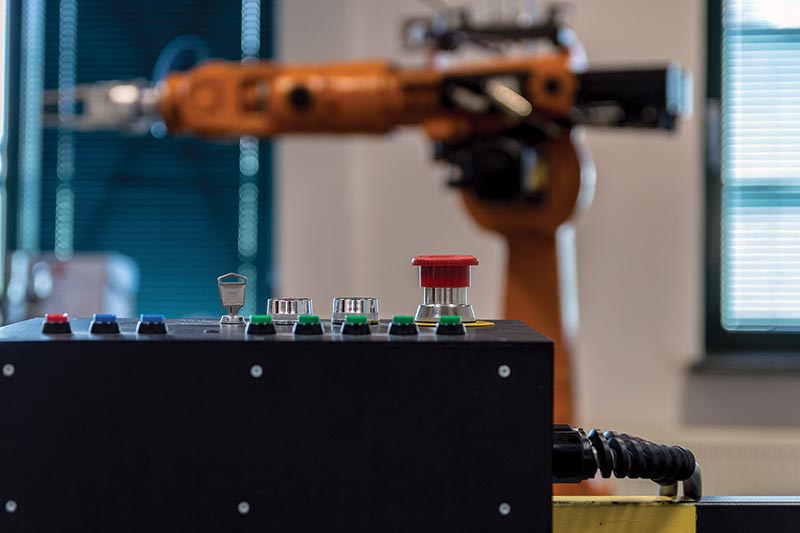 The human brain could never successfully acquire or comprehend the plethora of data that a SCADA system could — just as an assembly line worker cannot compete with the productivity levels of industrial robotics. However, there is no reason that these new mechanical minds can’t work harmoniously with the more creative, empathetic, and subjective minds of humans.

According to the Annual Manufacturing Report 2017, 64 percent of manufacturers said their greatest area of concern when implementing connectivity was that initial development costs were too high.

Often, manufacturers overthrow existing systems with the delusion it lacks the functions required for smart manufacturing. However, a complete system overhaul is not necessary.

Investing in industrial automation is important, but it is vital that manufacturers assess their hardware needs before buying unnecessary technology. Take collaborative robotics as an example. Much of the hype surrounding the technology focuses on the robot’s ability to work without robotic work cells, but does this really enhance your manufacturing operations?

For some manufacturers, collaborative robotics could be an intelligent investment, but following the latest trends in automation isn’t always the right investment for all.

An average manufacturing facility will encompass an array of equipment ranging in age, the original equipment manufacturer (OEM), and the communication standards used. To enable smart manufacturing, hardware must be able to communicate with each other, but this can be difficult to implement.

In fact, 39 percent of manufacturers that took part in the Annual Manufacturing Report admit that they are struggling to successfully implement their smart manufacturing initiatives.

The transition to smart manufacturing is never simple, but manufacturers should always explore all options before disregarding the process as ‘too expensive.’ For example, choosing process control software that is hardware-independent — or can operate on several different communication protocols — can eradicate the need to invest in an entirely new hardware system.

Instead, a smart manufacturing strategy should be put in place before any financial outlays are made. Manufacturers should carefully consider what they wish to achieve from the investment and make buying decisions based on these goals. 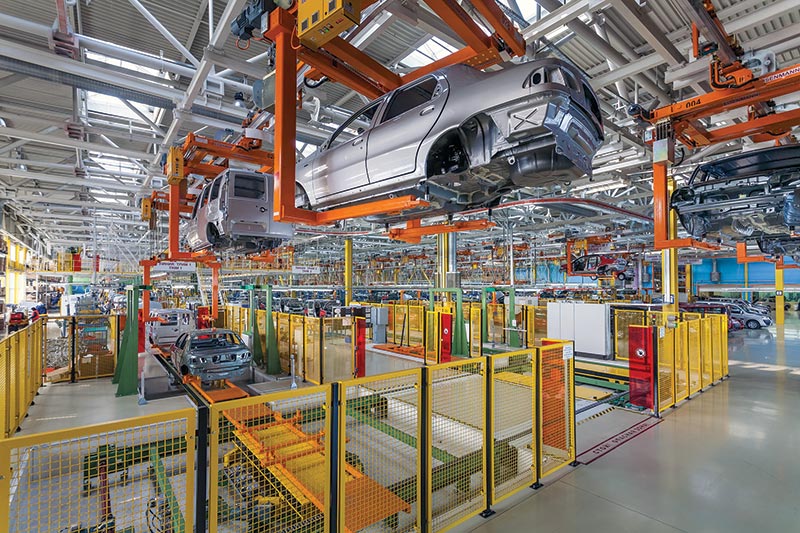 Unlike the process of a systems overhaul, the installation of a SCARA robot should not result in long periods of downtime — particularly when using an experienced systems integrator. In fact, TM Robotics installed a Toshiba Machine TH350 SCARA robot for an Irish manufacturer of minute circuit breakers in just one weekend.

Without a doubt, investing in hardware can reap significant productivity and efficiency benefits for manufacturers when implementing Industry 4.0. However, there are simpler ways to update hardware and improve processes than investing in an entirely new system.

By implementing connected technologies, factories are no longer insular entities. By their very nature, smart factories are required to expand far beyond the walls of their own facility and become part of a larger eco-system. Naturally, this increased connectivity brings new operational risks and unfamiliar security challenges.

Manufacturers that implement Industry 4.0 technologies suffer many of the same cyber-security threats as other industries. Advanced Persistent Threats (APTs), for example, have been used against the manufacturing industry for years — using malware consistently to extract sensitive data.

However, as manufacturers connect pieces of operational technology (OT) — much of which will never have been connected to the Internet beforehand — this can exposure the vulnerabilities of the system to attack.

Not all cyber-security breaches in the manufacturing industry are a result of malicious attacks, however. When planning for Industry 4.0 implementation, manufacturers should also consider training their staff on the importance of cyber-security measures. This method can help manufacturers to avoid accidental data losses and improve the overall security strength of the facility.

According to VDC’s Industry 4.0: Secure by Design report, 46 percent of developers consider cyber-security concerns to be very or extremely important; up from 37 percent two years ago.

Regardless of whether manufacturers are aware of the cyber-security risks of factory connectivity, there is now much clearer guidance of how manufacturers can protect their facilities during Industry 4.0 implementation.

As we enter the era of Industry 4.0, manufacturers should be prepared to witness significant changes to their production facilities. Despite common misconceptions, the transition to smart manufacturing is certainly not as threatening, expensive, or dangerous as some may believe.

The sensors, actuation, and process control involved in Industry 4.0 could easily be compared to the complex operations of the human body, but it’s certainly not as impressive — at least not yet.  SV