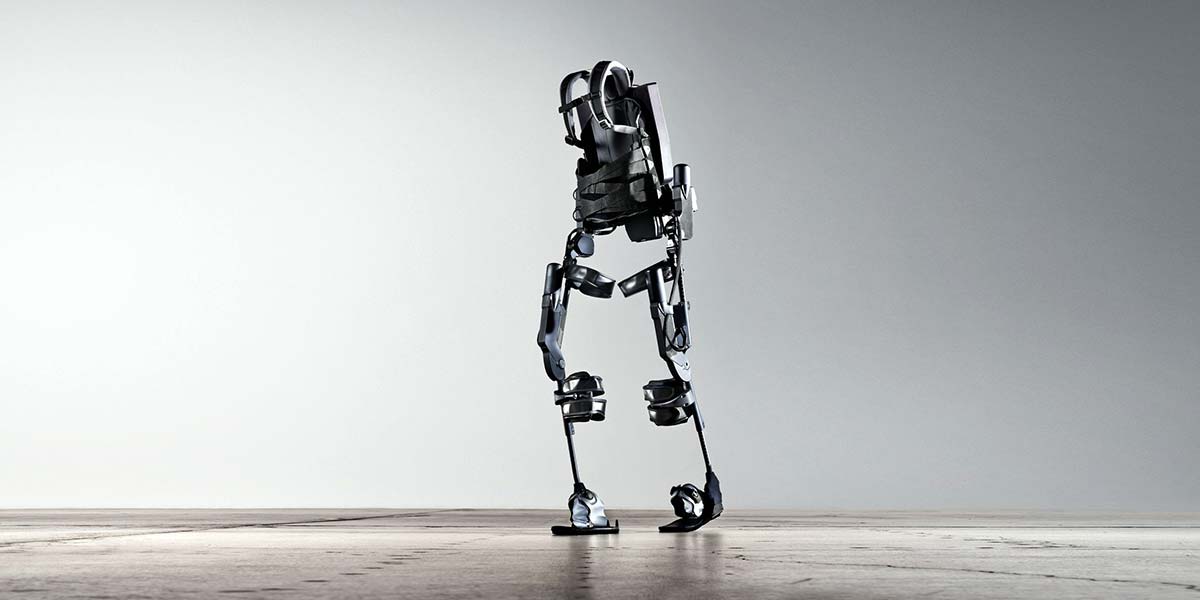 Robotic exoskeleton suits have always been imagined as high-tech gadgets used in fiction movies like the Alien series, The Ambushers, and The Avengers. However, these suits are finding their way out of Hollywood and enabling humans to enhance their abilities and perform heavy mechanical operations across a plethora of industries.

According to ABI Research (a market-foresight advisory firm), the global revenue from the robotic exoskeletons segment is expected to cross $200 million in the coming years. The military, healthcare, paraplegics, heavy industry, construction, manufacturing, demolition, and logistics industries are expected to represent almost half the industry revenue within eight years.

Wrapping a robot around a human being is no longer science fiction. Since the time they were first developed, robots have changed and impacted human life in several spheres of influence.

This article will throw light on how robotic exoskeletons provide humans with amazing abilities, thereby enabling them to accomplish tasks with superhuman speed.

1. Wearable robotics has a huge potential in the healthcare domain.

Exoskeletons are bringing life-changing benefits to the disabled and patients who have suffered from incapacitating ailments like stroke. In health technology, wearable robotic exoskeletons are being introduced to offer strength and balance to patients with nerve and muscle damage, thereby enabling them to live a normal life. 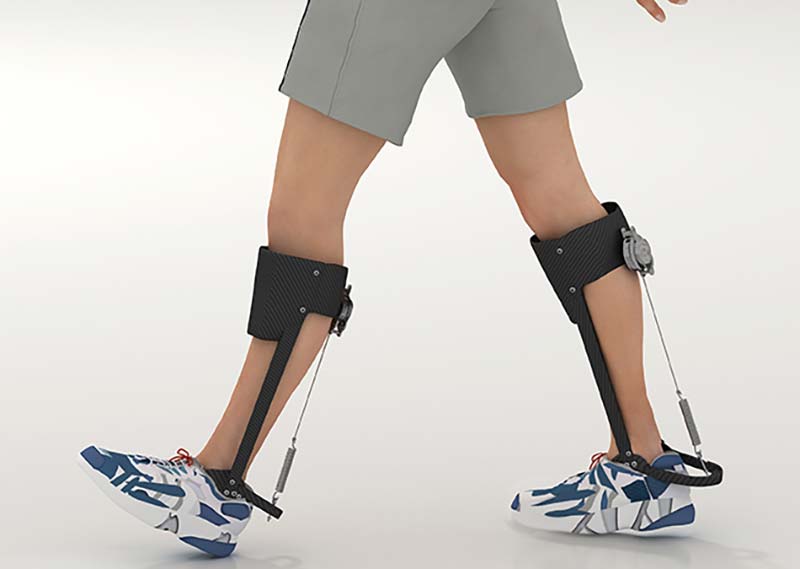 Robotic experts are developing flexible lightweight exoskeletons with a smart control system, evading the need for crutches or other mobility aids. These exoskeletons will replace or enhance the function of damaged body parts in stroke and paraplegia patients.

Researchers are also developing soft robotic garments that are different from the conventional rigid exoskeletons, thus allowing patients to move freely and comfortably. Soft robotic exoskeletons feel natural and are powered by a body and environmental sensors that determine emergency situations when the user needs special assistance.

For instance, when walking on an uneven road or going up a flight of stairs, the sensors built into the fabric will automatically employ artificial muscles to give added strength and stability to the wearer.

The exoskeleton technology is being bettered by robotics and technology firms like Cyberdyne, Ekso Bionics, and Bionik Laboratories. In fact, Cyberdyne recently announced their investment in a treatment-incorporated HAL (Hybrid Assistive Limb) that is designed to treat patients with spinal cord injury.

Thus, exoskeletons have a promising future in healthcare with numerous companies heavily investing in this domain.

2. Robotic exoskeletons are boosting productivity and reducing employee injury in the industrial domain. 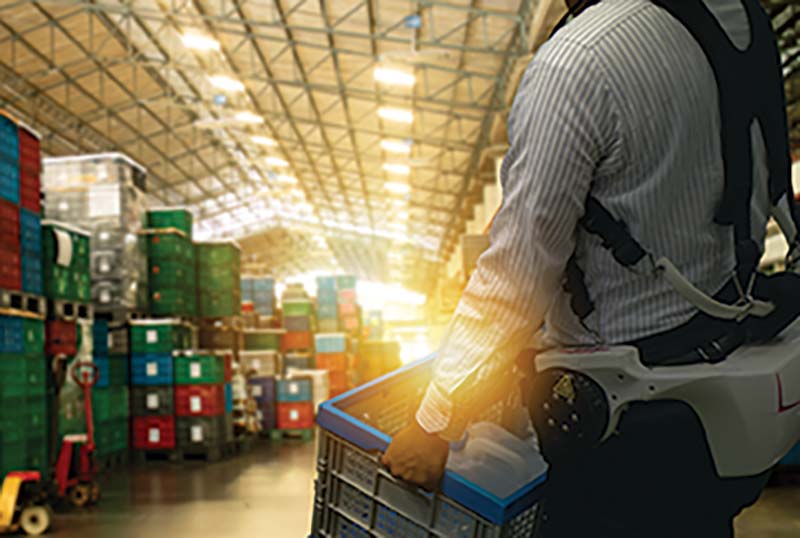 For instance, in the large-scale manufacturing of industrial components such as heat flow meters, robotic appendages and exosuits can enable workers to perform repetitive and unstructured tasks such as filling up trucks with heavy goods, bending, or squatting with ease, thus improving shop floor efficiency and reducing workplace injuries.

In fact, SuitX has recently introduced a versatile workplace bionics — MAX (Modular Agile eXoskeleton) — that is composed of three exoskeleton modules, namely backX, shoulderX, and legX that allow workers to complete shoulder, lower back, and leg-intensive tasks with reduced injury risks. Each of these modules communicates through Bluetooth and monitors the worker’s relative spacing and position to accomplish specific operations.

The commercial benefits of employing robotic exoskeletons in heavy industries are obvious. Though the industrial exosuit sector is still in its infancy, an increasing number of firms are investing in this technology to get competitive edge and ensure a safe work environment.

3. Exoskeletons are revolutionizing the warfare sector

Traditionally, ground troops in the army are expected to carry heavy loads of ammunition and conduct patrols, reconnaissance, and defense missions with precision, often causing them physical exertion and injuries. However, robotic exoskeletons are changing the way soldiers fight by improving their endurance, maneuverability, and lethality in the battlefield. 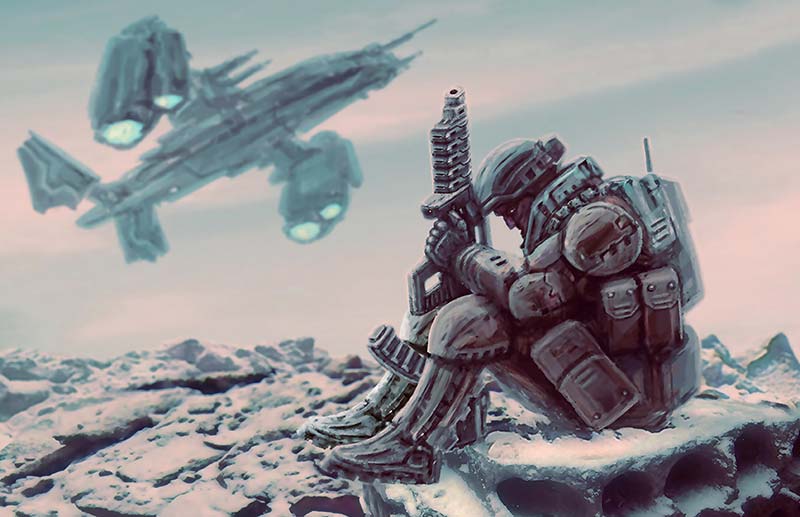 These exoskeletons add to a soldier’s natural strength, thereby enabling them to carry heavy weapons and dart across the battleground at an incredible speed.

In fact, the armies of countries like the US and China have been heavily investing in exoskeleton technology and have shown off several models that combine an array of sensors to monitor the health of their troops. These suits can offer real time battle information and emergency wound care to the fighters.

Since robotic exosuits provide a huge competitive advantage over enemies, several other countries like Canada, South Korea, Great Britain, Russia, and Australia are working on their own designs to develop military exoskeletons that are suitable for various forms of combat.

4. Robotic exosuits are being used in disaster response.

Exoskeletons are being used to conduct rescue operations in cases of emergency like fires, floods, earthquakes, and radioactive and chemical spills. Robotic exosuits can help rescuers perform heroic deeds and save several lives in such disaster situations.

The Japanese government is investing heavily in robotic exoskeleton technologies to deal with nuclear accidents and earthquakes. The HAL exosuit developed by Cyberdyne incorporates a tungsten shield that protects the wearer from harmful radioactive radiations. Moreover, the suit measures the vital health parameters of the wearer like heart rate and body temperature in real time.