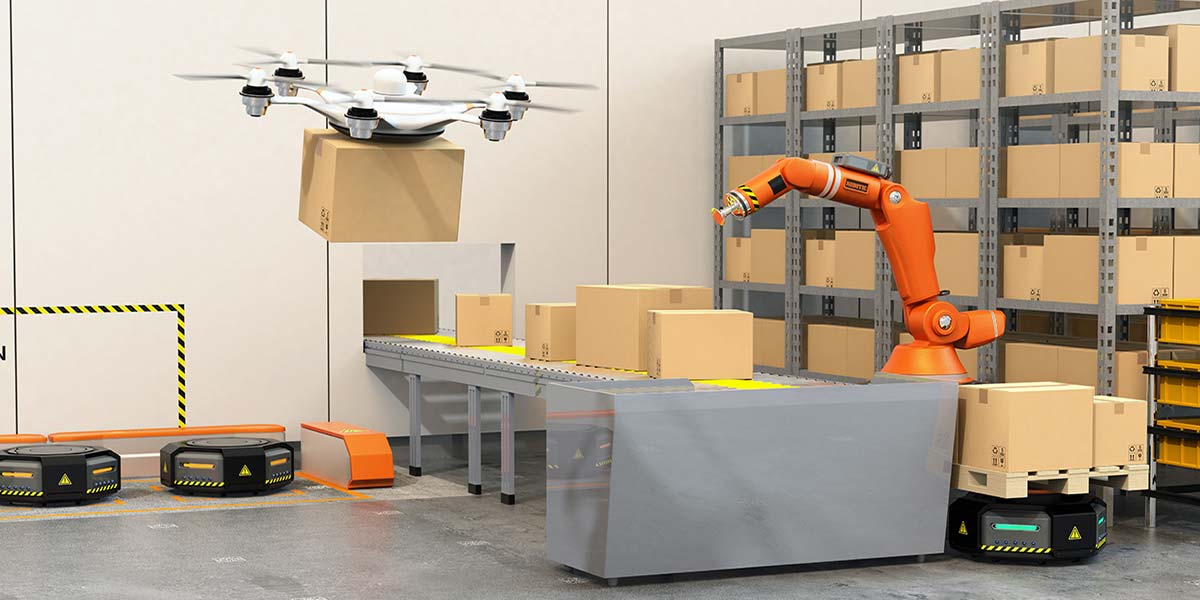 By Land, Sea, or Air (or Underground)?

Ultimately, we’ll all be living in an AR world, where we sit in white plastic furniture in otherwise empty rooms and yet experience exquisite artwork and finely crafted furniture. But we’re not there yet. Before then, we’ll have some sort of local 3D replicator station run by Amazon that prints out custom clothes, shoes, and common household items. But we’re not there yet either.

Today, much of business in the US involves moving particular molecules from one place to the other. Barring the invention of affordable instant teleportation, we’re going to continue to rely on the roads and air.

Quadcopter drones have been touted as the most promising means of moving orders quickly from the stockroom to the consumer — especially in rural areas. Things look less appealing in the big cities, which is where all the customers are.

Power lines, flag poles, street lamps, and other obstacles reduce the odds that a drone carrying an emergency cargo lift of pencil erasers to an office worker will make it down the street intact.

As such, Amazon and others have experimented with wheeled robots to do the heavy lifting. Seems reasonable to me, given that this technology has been used in hospitals for decades.

I’m curious to see what happens the first time someone gets bumped into active traffic by one of these wheeled robots. Or, when a robot inadvertently rolls over someone’s toes. I suspect the law will lag behind the technology by several years, if not longer.

It seems as though we’ve missed out on an obvious opportunity to go underground. Of course, robots have been developed to tunnel through hundreds of feet of soil to lay cables. And pneumatic tube transport was used decades ago in large office buildings and hospitals to move documents. I’m talking about using the huge network of tunnels and conduits that underlies many large cities in the US.

Most cities have an amazing underground infrastructure that transports gas, water, and electricity from a source to the customer. How difficult could it be to piggyback onto an existing pipeline, tunnel, or underground transport facility for package delivery?

There are lots of trains running underground in Boston and New York, for example, and some sort of piggyback system could be developed to use trains to move packages from one part of town to the other.

Even cities that lack underground transport facilities (such as New Orleans, which is just about at sea level) are served by trolley systems that follow a specific route through the city.

There has to be a better way to transport food and products from supplier to customer, and I’m betting that robotics is central to the solution. I’m not a fan of the current use of temporary drivers handling important documents or my lunch. No, the answer is autonomous robots.

The main question is what form of transportation will serve us best in the short term? By land, sea, or air (or underground) — or a combination of all of the above? How would you solve the transportation challenge?  SV