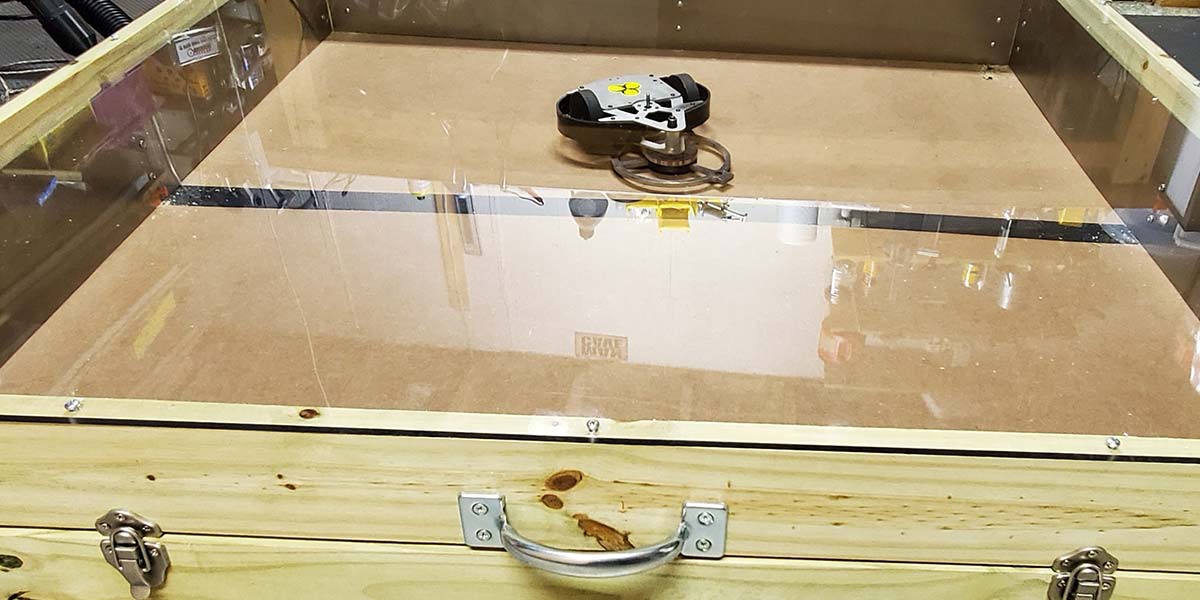 When I started my journey into building combat robots, I followed a guide published in the Combat Zone section in one of the 2010 issues of SERVO to build an easy test box out of a steamer trunk.

This test box has served me faithfully for a few years now. However, it could only be used for basic drive testing or static weapon testing. There just wasn’t enough room to really drive around with a weapon running.

As my experience as a builder grew, so did the destructive power of my creations, until the little box couldn’t be relied on to contain them without significant modification.

It was time to build a bigger, better box. I had four goals I wanted to meet with my new box design:

The materials used include (https://pastebin.com/ZRVeNz9K):

With the exception of the polycarbonate sheet, all the supplies could be obtained with a trip to my local hardware store.

Corner bracket installed on the end of a cut board.

The entire set of materials costs less than $300, with 70% of that cost being for the polycarbonate and metal sheets to contain the power of the spinning weapons. 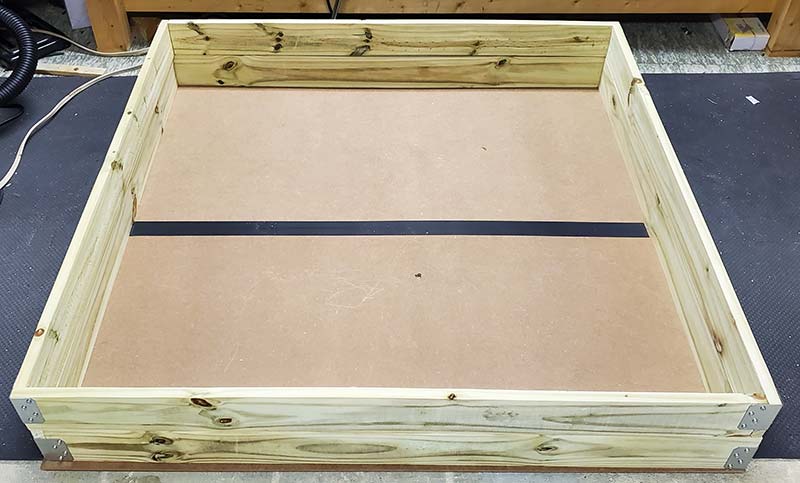 Boards assembled to form a box.

Congratulations! You’ve created a simple and sturdy test box that only required cutting a few boards to length and screwing it all together!

The steel reinforced corners and inner frame combined with the 1/4” polycarbonate should make this test box strong enough to survive rigorous testing up to the Beetleweight class.

The inside is over 7” tall, which should accommodate the majority of Beetleweight designs, and the floor space is enough that it could even be used as an arena for 150g bots.