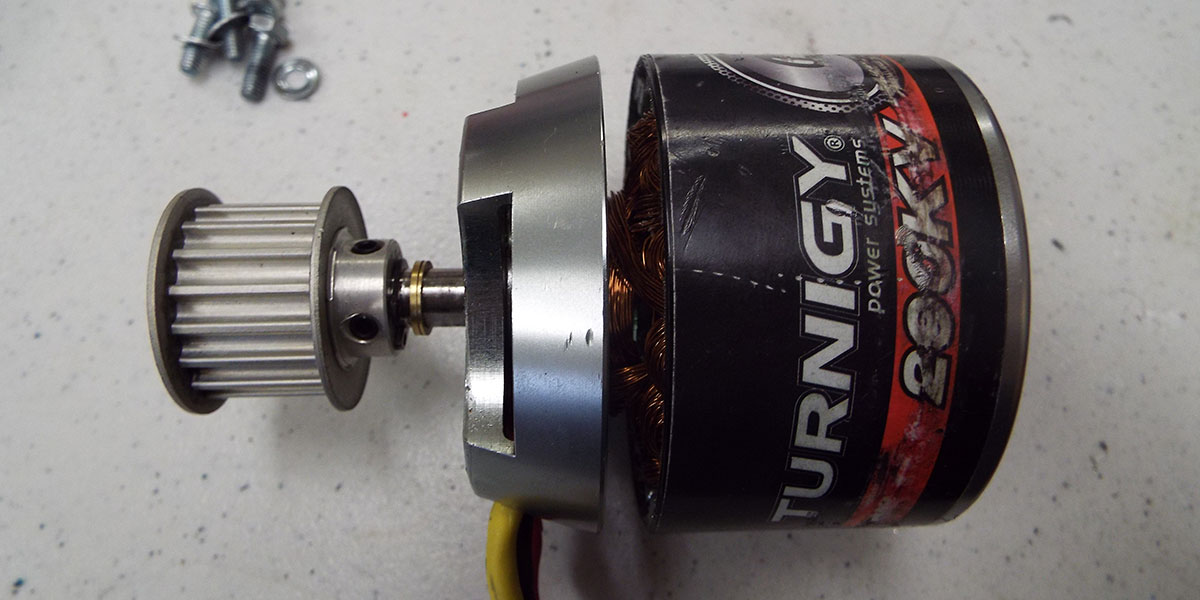 Hardening a motor for the combat arena

My son’s 30 lb bar spinner, Glasgow Kiss (Figure 1; which he is writing a three-part series about here in the Combat Zone) competed at the Franklin Institute event last fall. 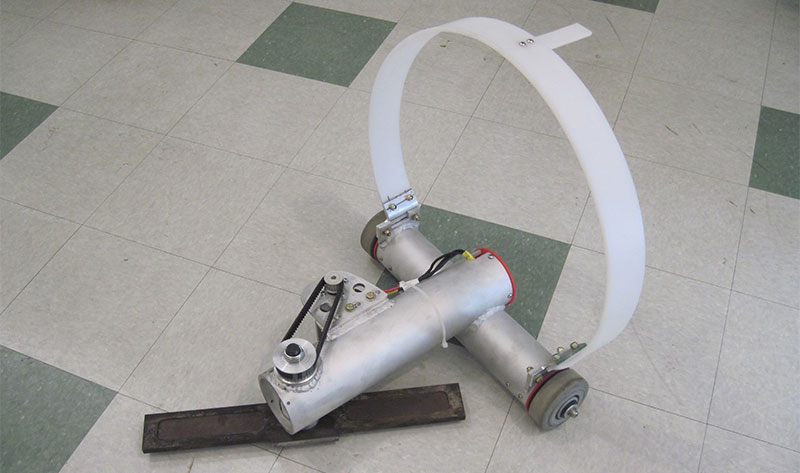 It was during one match there that the shaft on the weapon motor got bent. After we returned home, I ordered a new shaft from Hobby King and planned to simply rebuild the motor and reuse it for the next event. However, when I dismantled the motor, I found several of the windings (or coils) had come loose and been damaged or cut.

This meant that this part of the motor would have been high risk to reuse because a short circuit on one of those coils could burn out the motor and perhaps the ESC as well.

I dismantled the replacement motor — a Turnigy G160 Outrunner — by removing the snap clip and two washers (Figure 2) that secured the stator to the rotor (Figure 3). 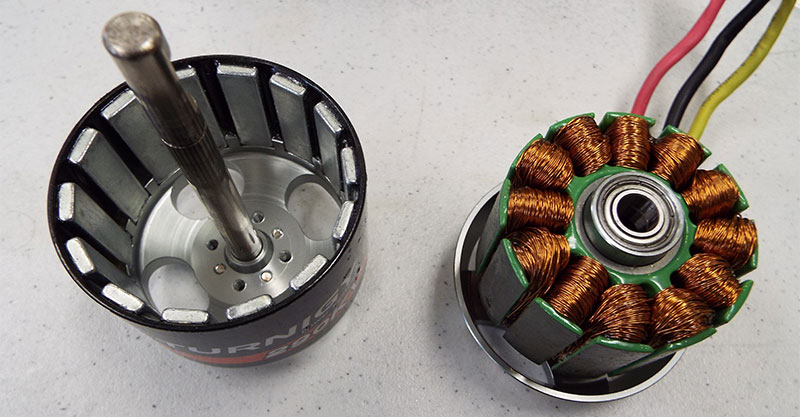 Close examination of the stator (Figure 4) showed that there was a little resin securing the coils but there were still some loose wires and many that didn’t look very secure. 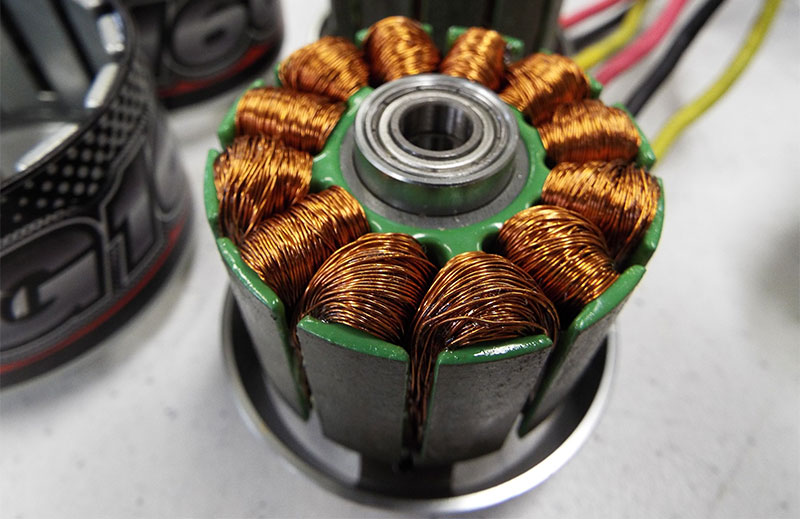 I bought some one minute epoxy at my local Home Depot. It came with a couple of mixing nozzles which allow you to mix and apply the resin at the same time. After a brief discussion on Facebook, I warmed the resin first to reduce its viscosity in a cup of near boiling water (Figure 5) and applied it to the top of each set of windings. 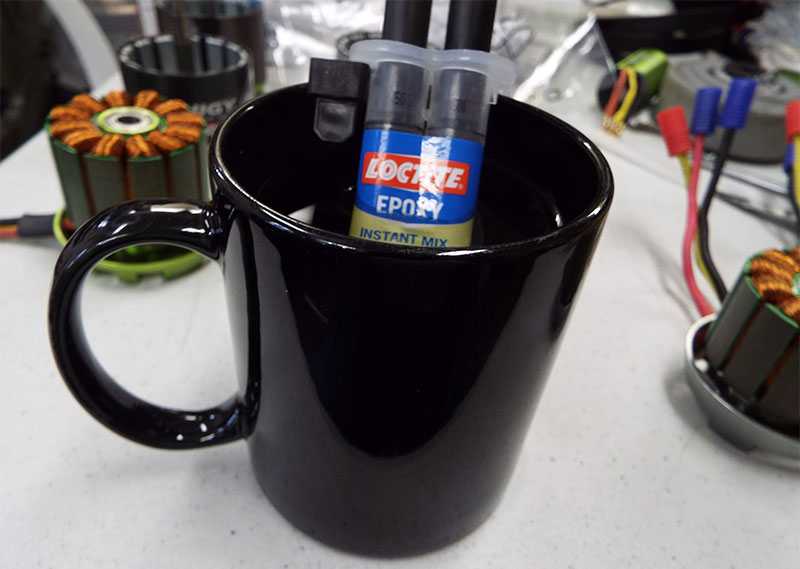 It flowed down into the windings and quickly set (Figure 6). (I wiped off any excess resin using a rag before it set.) 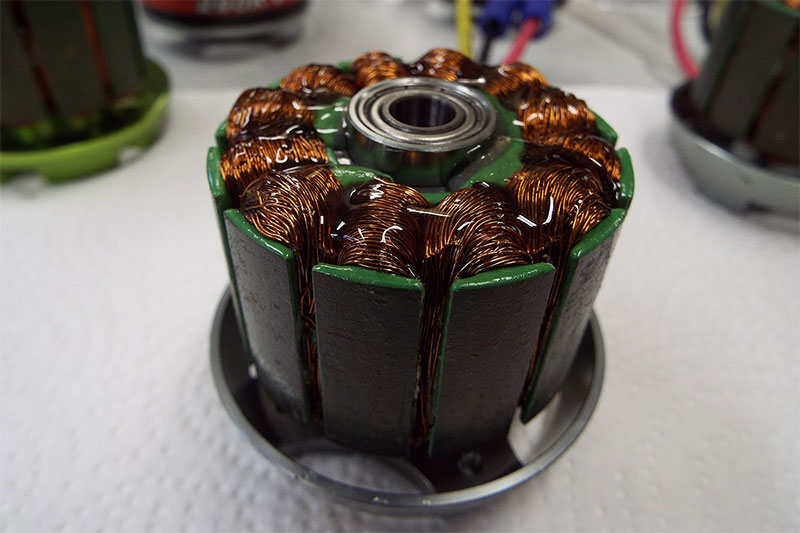 Make sure no resin gets in the bearings or on the outer diameter of the stator. I think that next time I do this, I’ll use five minute epoxy rather than one minute, in order to give additional time to let the resin sink in more.

Glasgow Kiss competed using the new motor. In a tough fight, it again suffered damage (Figure 7) when the hit dislodged the snap clip, and allowed the rotor to move up and hit the coils, then bounce back and move partially apart from the stator. 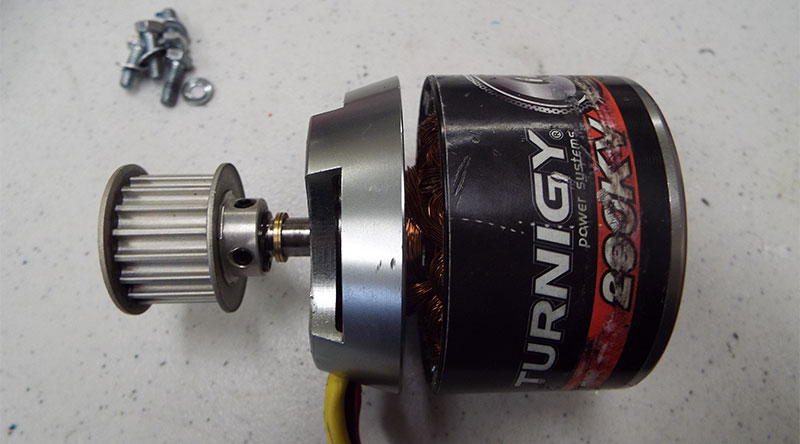 A smashed magnet in the rotor jammed it in the partially out position. However, it can be seen that although the epoxy resin has been scuffed in the coils, they are all intact and undamaged (Figure 8). I can use the rotor from the original motor with this stator, and perhaps with some new bearings to provide a backup motor for future events. 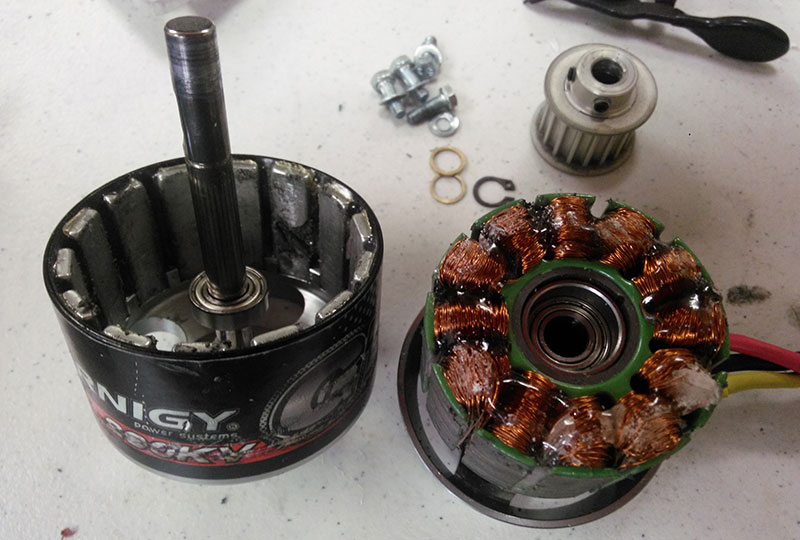 This process reduces damage to a motor, likely reduces possible damage to ESCs, and may let you complete an event when you would otherwise have to forfeit. I would, however, also recommend you carry some spares (Figure 9) as even a ruggedized motor may take a hit that even the epoxy won’t help.  SV 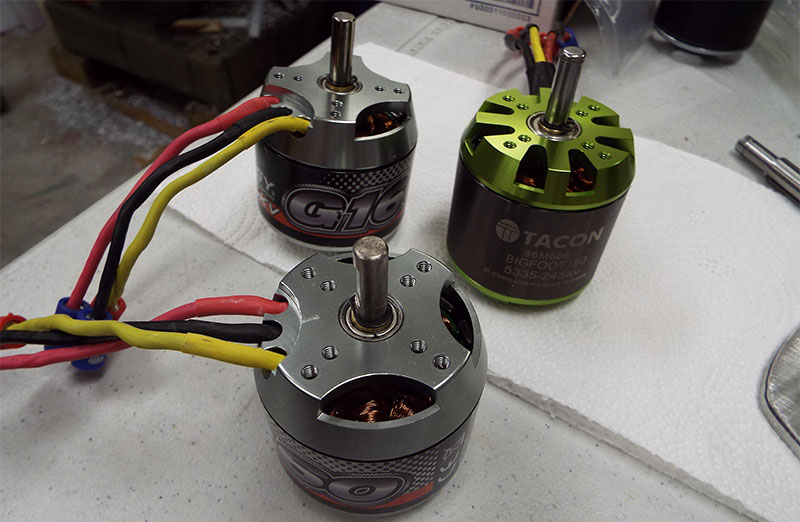