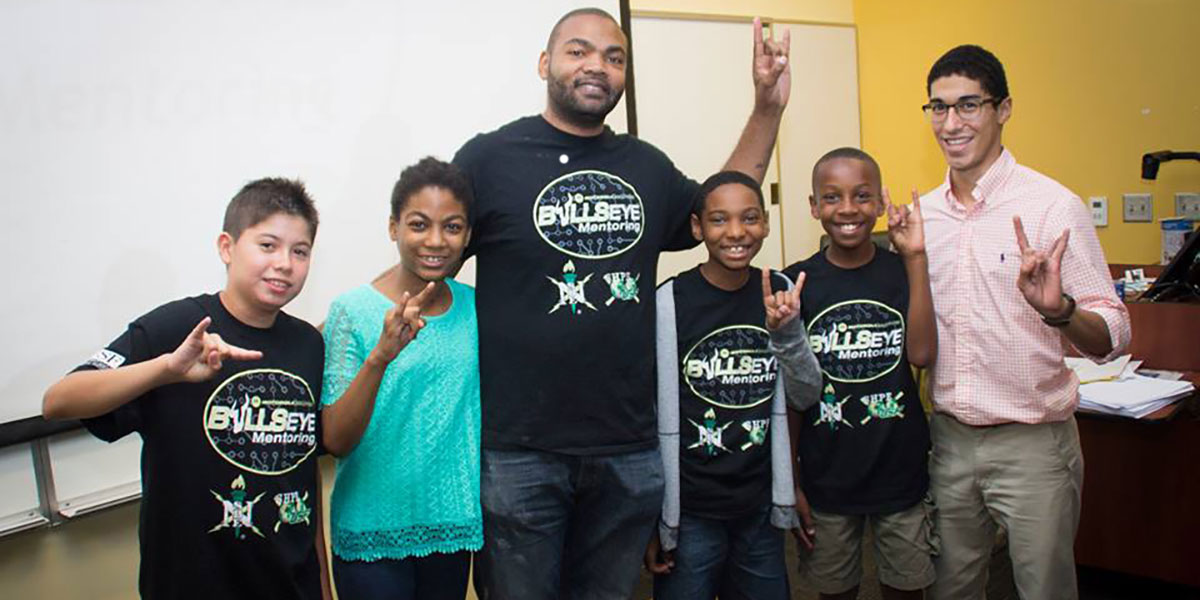 Gaines, a faculty member in the mechanical engineering department at USF, started the program two years ago as a way to bring STEM (Science, Technology, Engineering, and Math) learning to students who might have limited access to it. Mailers advertising the five-week summer program are sent to middle school students living within a 10 to 15  mile radius of the university. “We really get a mix of all types of different kids,” commented Gaines.

“We get kids that haven’t ever heard of engineering before or don’t have any experience with engineering, all the way to kids that are children of faculty at USF. That’s, I think, one of the powerful things about our program is that we put all these kids into the same program.”

The program teaches STEM and the engineering design process through the use of robotics. In 2015, Gaines used LEGO® MINDSTORMS®. This year, he wanted to bring more of a real world robotics experience. “We really wanted to give them an experience with robotics that was more realistic, like real robotics work that you might do. And also just an easy platform for these middle school kids to do some pretty advanced things with the robotics.” Gaines said he “saw how awesome the TETRIX PRIME” system was and ended up purchasing 10 starter kits for the students to use. 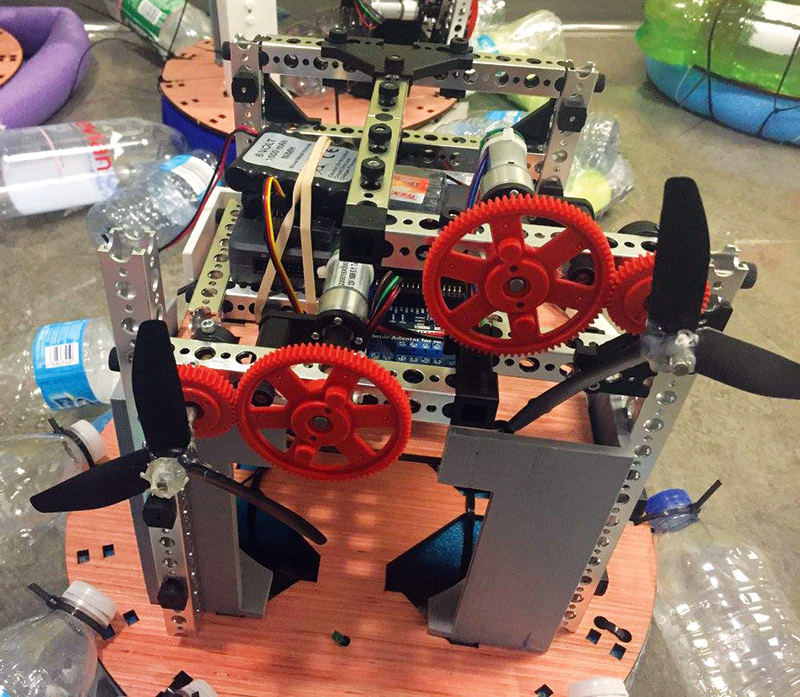 The engineering design process can be wordy and complicated for middle schoolers, so Gaines simplified it into three steps: Plan, Act, Evaluate. “It’s a three-step design process, and it’s simple,” he explained. “First thing the students have to do every time they do a project is plan what they want to do. They have to produce sketches; they have to think through the constraints.”

After they have their plan down, they have to build their robot, test it, and then evaluate it and possibly redesign it based on the results. Along the way, students learn about design, hardware, software, and life skills such as teamwork and planning.

The culmination of the five weeks is a capstone project that usually encompasses the final two weeks. This year, students were tasked with building robotic boats using National Instruments’ MyRIO for control, the TETRIX PRIME system for propulsion, and recyclable materials for flotation.

TETRIX PRIME, said Gaines, was a perfect fit for the project. “[It’s] a really awesome system because [the students] were able to just pick it up. Just from doing the ground robots, they were able to pick up really all they needed to build the propulsion system for the boats.”

The inherent weight of the TETRIX parts also proved to be a plus. “One thing that ended up being great,” said Gaines, “was that the weight provided a real world constraint on how to build these boats. They had to be really clever about how many parts they used. And so it ended up fitting directly with the lessons we were teaching them. We really preached to them, ‘This TETRIX PRIME system is heavy; you’re going to have to think through how to do these compound gear trains with as little weight as possible.’ It really is realistic and that’s, I think, one of the main benefits to using the TETRIX PRIME system is that it really did give our kids exposure to more realistic constraints.” 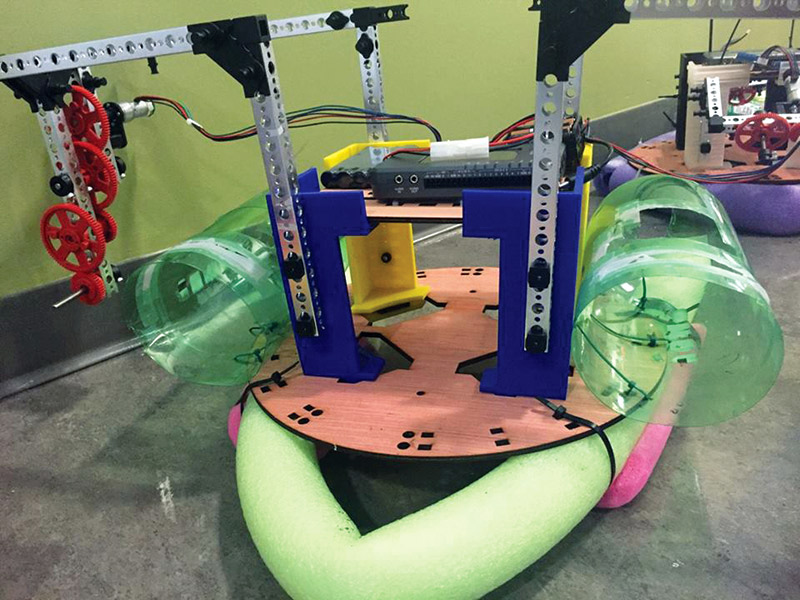 Gaines admits the boats were not exactly a walk in the park. “This was not an easy project by any means,” he noted. “We really emphasized that this was a problem that even I hadn’t solved before I gave it to them. I didn’t know the best configuration for getting the best performance.”

So, beyond certain constraints, students and their mentors were on their own. They had free rein on the design of their boats, which meant 10 boats with varying designs — including one that had a four-stage compound gear train — and all ended up working in the water.

“That’s the nature of working with young kids,” commented Gaines. “Their ideas are just really amazing. I was really proud of all 10 of the boats that were built.”  SV

Learn More about the Program

Check out the five-part series on NI’s MyRIO that has been running in SERVO’s sister publication, Nuts & Volts (www.nutsvolts.com) in the December 2016 through April 2017 issues.