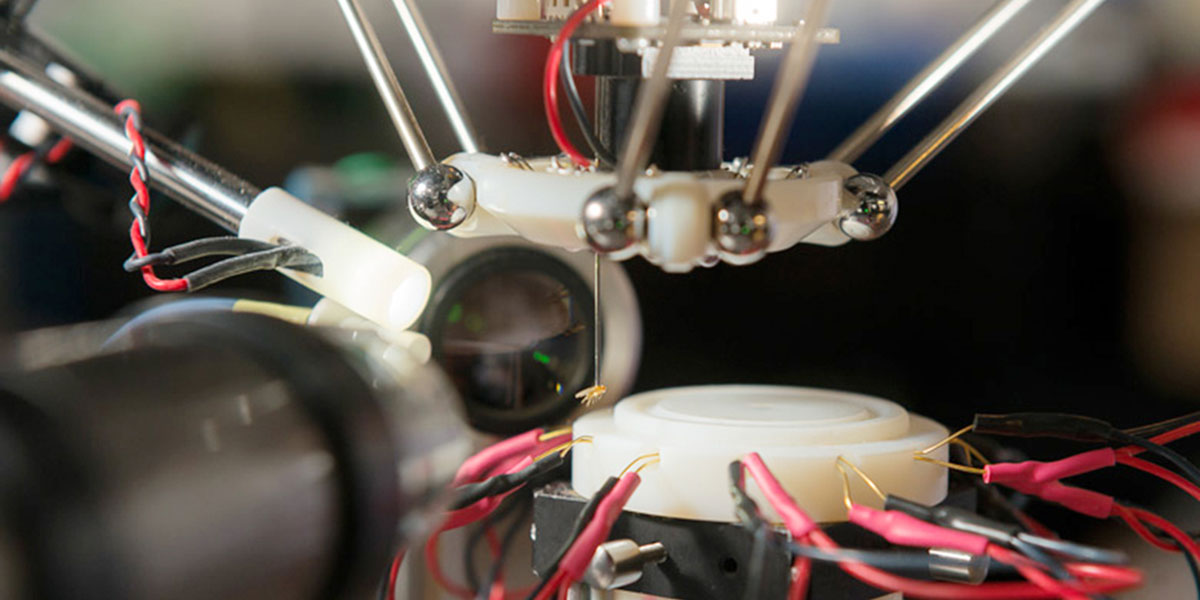 If you attract a lot of flies, it could be just a basic hygiene problem. If you do it intentionally, however, it’s more likely that you are doing genetics research of some sort. In fact, for a century or so, fruit fly research has been at the heart of many scientific discoveries since the critter’s short life span allows us to study many generations in a short time, and also because they share 75 percent of the genes that are involved with disease in humans. Until recently, it was necessary to conk them out by cooling or drugging them, and then spending many tedious hours examining dishes of anesthetized bugs. Fortunately, Prof. Mark Schnitzer with Stanford’s Bio-X institute (biox.stanford.edu) has come up with a robot that can inspect and experiment with totally awake flies.

“Robotic technology offers a new prospect for automated experiments and enables fly researchers to do several things they couldn’t do previously,” Schnitzer said. “For example, it can do studies with large numbers of flies inspected in very precise ways.” The group did one study of 1,000 flies in 10 hours, which would have taken much longer for any human.

When it’s time to pick up a subject, the robot hits a container of flies with a flash of IR light to establish their locations, simultaneously analyzing each fly’s thorax so it can be individually recognized. It then sucks up a specimen using a tiny suction tube (painlessly, we’re told, although no individual flies have confirmed that). It can even carry out a microdissection and take a look at the fly’s brain.

The bottom line is that it will now require less human drudgery when unraveling the mysteries of human aging, cancer, diabetes, and a range of other diseases.