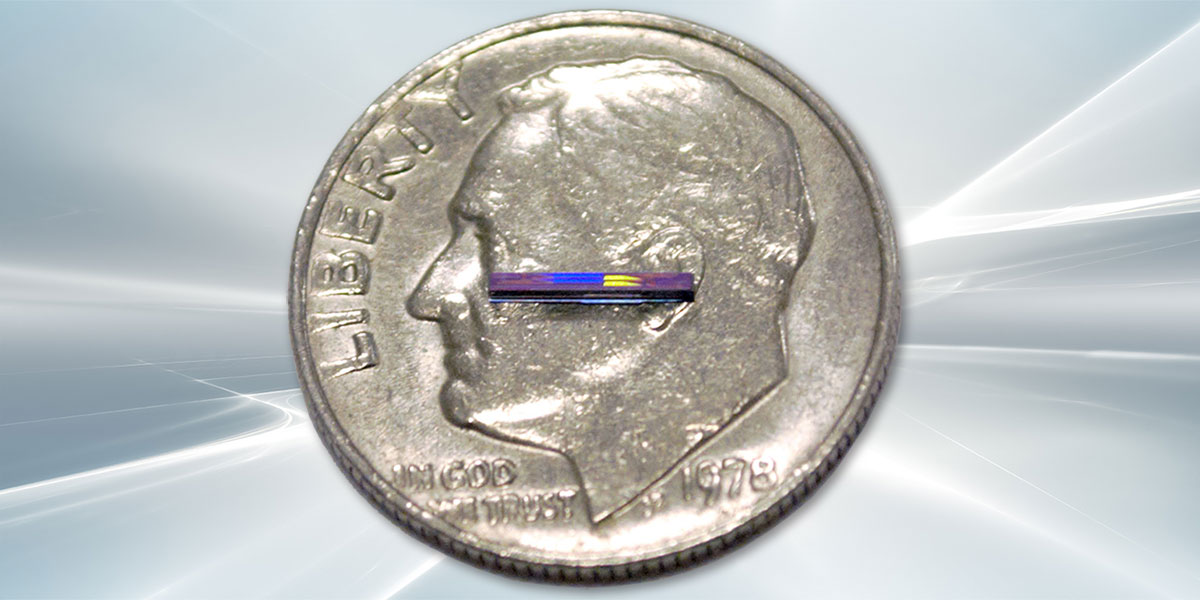 Because LIDAR sensing technology is based on laser light (as opposed to radar, which uses radio waves), it provides superior resolution and is considerably better for generating images of small and complex objects. Thus, it is widely used in autonomous vehicles and other robotic applications. That spinning cone on the top of, for example, a robotic Toyota Prius is, in fact, its LIDAR module.

Most LIDAR systems are fairly complex, employing lasers, scanners, and optics, photodetector and receiver electronics, and navigation systems. This can generate price tags ranging from $1,000 to more than $50,000, which limits their commercial applications. Now, however, some folks at MIT’s Photonic Microsystems Group (www.rle.mit.edu) are developing a LIDAR-on-a-chip system that is smaller than a dime, employs no moving parts, and can be mass produced in standard CMOS foundries for as little as $10 each. The lack of moving parts could provide 1,000 times faster operation than existing mechanical systems, which would be highly advantageous for tracking high speed objects and collision avoidance.

According to MIT, “These on-chip LIDAR systems could even be placed in the fingers of a robot to see what it is grasping because of their high resolution, small form factor, and low cost. These developments have the potential to dramatically alter the landscape of LIDAR systems by changing how the devices operate and opening up the technology to numerous new applications, some of which have not even been thought of today.”

While not yet ready for commercial production, an MIT rep stated, “We believe that commercial LIDAR-on-a-chip solutions will be available in a few years. A low cost, low profile LIDAR system such as this has many applications in autonomous vehicles and robotics.”