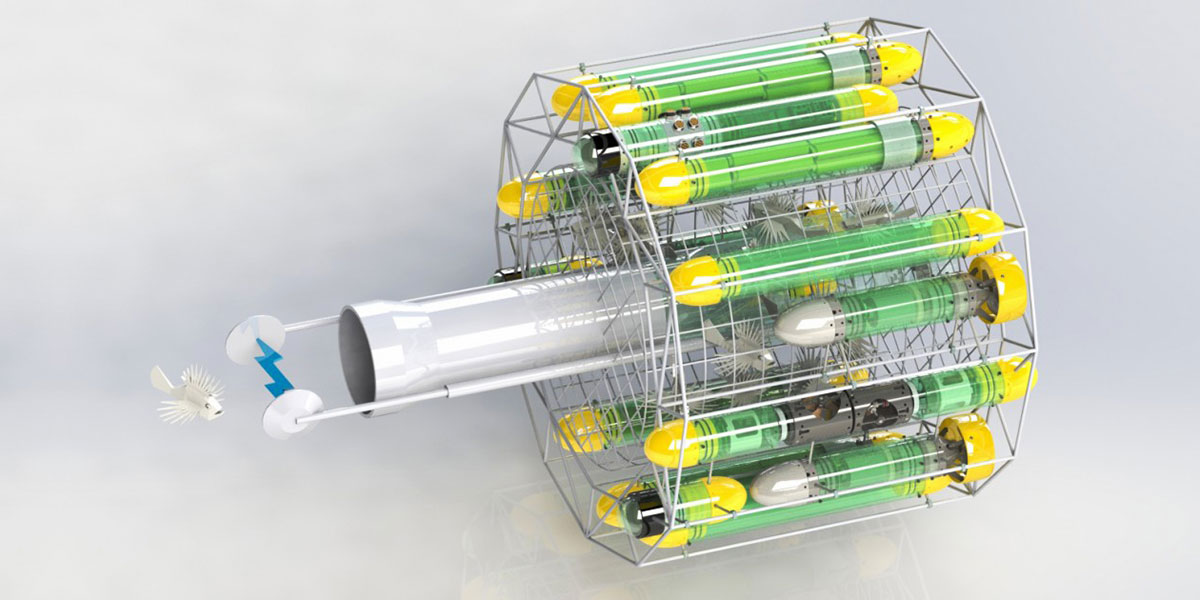 In case you haven’t heard, we have a serious problem with lionfish. As summarized by the World Lionfish Hunters Association (lionfish.co), “Invasive lionfish are disastrously out-breeding, out-living, out-eating, and out-competing every other native fish in the Western Atlantic Ocean, Gulf of Mexico, and the Caribbean Sea. If left unchecked, lionfish will ultimately cause the destruction of the reefs, native fish stocks, and the livelihoods of everyone that depends on them.”

A suggested solution is that we catch and eat more of them, and lionfish are said to be tasty. Problem is, they are equipped with venomous spines that dampen most people’s desire to fish for them, and given that a female can release up to two million eggs per year, it would take a lot of fishing to make a dent in the population.

To combat the problem, more than a dozen partners — including iRobot, electrofisher builder Smith-Root, ocean exploration organization Nekton, and various Bermudan institutions — have joined together to form Robots in Service of the Environment (RISE, robotsise.com). Their solution is the Harvester lionfish hunter which is currently just a prototype, and is sort of a combination bug zapper and underwater Roomba. (There is also a version armed with a spear.)

Zapped fish are to be collected in a central chamber and harvested for food. RISE plans to eventually launch thousands of units so — with any luck — filets will eventually be showing up on the menu in your local seafood hangout. When that happens, we all need to do our ecological duty and eat up!