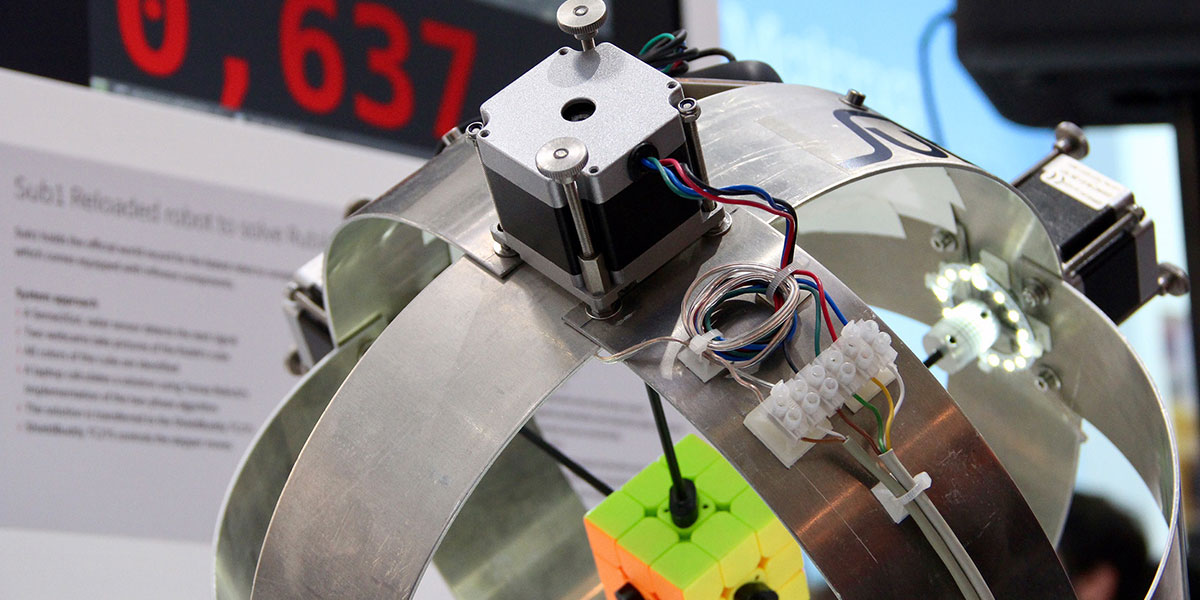 Although the Rubik’s Cube craze has largely faded away since the 1980s, a few wretched souls still engage in the practice of “speedcubing.” Periodically, they slither out from dank corners of the world to enter competitions in such categories as speedsolving, blindfolded solving, solving with feet, and so on, all under the auspices of the World Cube Association (www.worldcubeassociation.org).

The current human champ is one Feliks Zemdegs, a 21 year old geek of Australian extraction, who currently holds 10 world records, including the solution of a 3 x 3 x 3 cube in 4.73 seconds. Impressive as that sounds, the record has been smashed by a robot known as the “Sub1 Reloaded,” which solved the puzzle in a mere 637 milliseconds and 21 moves.

Motor control was provided by an AURIX microcontroller from Infineon, similar to the one the company uses in its driver assistance systems, driving six robotic arms. According to Infineon, more than 43 quintillion combinations of the colored squares are possible, but any Rubik’s Cube can be unscrambled in a mere 20 moves. So, there appears to be some room for improvement. 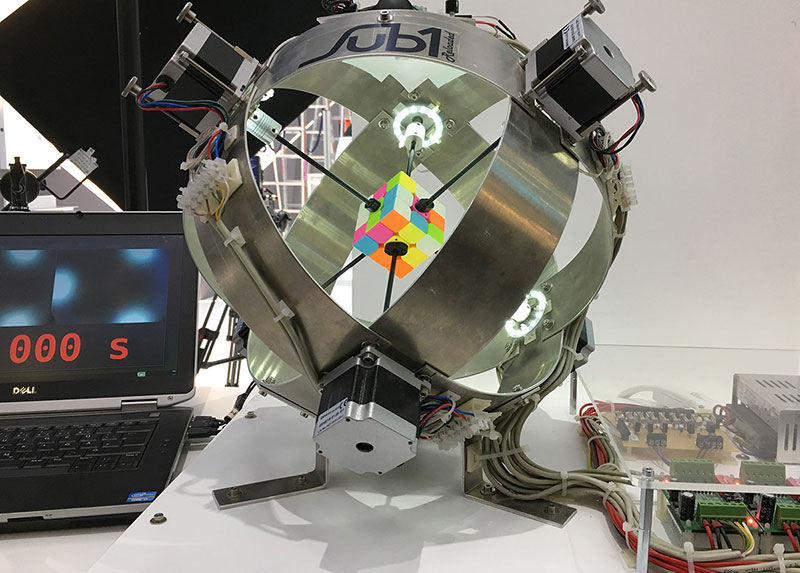 If you want to give Zemdegs a run for human champ, note that the 2017 World Championship will be held in Paris, July 13 through 16. First, you’ll need to win the CubingUSA Nationals July 7 through 9 in Ft. Wayne, IN.